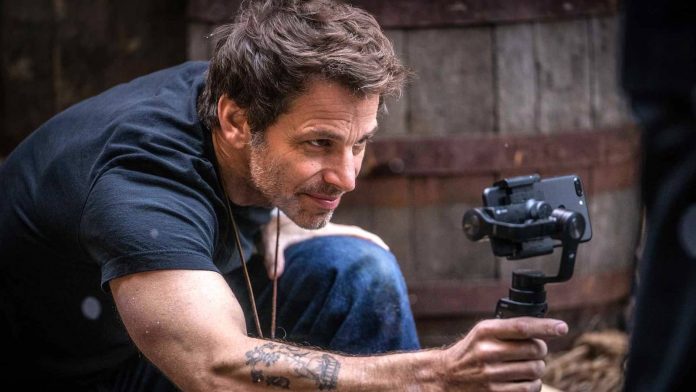 The Beat’s Gregory Paul Silber has been accused of having a bit of an… obsessive personality. Each week in Silber Linings, he takes a humorous look at the weirdest, funniest, and most obscure bits of comics and pop culture that he can’t get out of his head.

(Warning: The following contains mild spoilers for Zack Snyder’s Justice League, and 100% definitive spoilers for the Snyder Cut sequel. Turn back if you haven’t watched the former and/or want to be surprised for the latter [though if that was the case you wouldn’t have clicked on this to begin with, would you?].)

Zack Snyder’s Justice League is finally here. If you have HBO Max and four hours to spare, you can watch it right now. I wasn’t a fan, and I thought the whole exercise was a bad idea from the moment it was announced. But I’d be lying if I said I wasn’t curious about the possibility of a Snyder Cut sequel.

With that in mind, here are 8 characters I’d like to see in the event that Zack Snyder gets to make a Justice League sequel.

This one’s a shoe-in. S.T.A.R. Labs scientist Ryan Choi (Zheng Kai) gets a surprising amount of screen time in Zack Snyder’s Justice League, despite not doing anything particularly memorable. Clearly, Snyder and screenwriter Chris Terrio are setting him up to take on his shrinking secret identity, The Atom, in a Snyder Cut sequel.

Not only have Green Lanterns been a staple of the Justice League since Gardner Fox & Mike Sekowsky created the team in 1960, but we get a few glimpses and mentions of Green Lanterns in Zack Snyder’s Justice League – we just don’t see any recognizable human Lanterns like Hal Jordan or John Stewart (though we came very close to John appearing). I’d also be happy to see GLs like Kyle Rayner or Jessica Cruz.

In the time of Covid, though, there’s never been a better time to introduce Leezle Pon: the “superintelligent smallpox virus” GL mentioned in passing by Tomar-Re in 1985’s Green Lantern #188 by Alan Moore and Dave Gibbons.

If the Justice League is going to face off against Darkseid in the next movie, they’re going to need all the help they can get… maybe even help from the whole animal kingdom. That’s where Buddy Baker, the Animal Man comes in. Whether the Leaguers need someone to literally float like a butterfly or sting like a bee, I’ve made no secret that Animal Man is one of my favorite superheroes.

You can’t talk about Animal Man without talking about the groundbreaking 1988-1990 run by writer Grant Morrison and artist Chas Truog, which concluded with Buddy meeting Morrison themself. Even if Animal Man doesn’t make it to the big screen, just imagine the eruption of applause when everyone’s favorite Scottish chaos magician shows up to tell Martian Manhunter all about the virtues of vegetarianism.

If we’re going meta, why stop at comic book creator cameos? To the legions of fans who made the #ReleaseTheSnyderCut campaign a success, Visionary Director Zack Snyder is the real hero. So why not immortalize him as a member of the Justice League? With superhuman charisma and the power of time manipulation, he’ll surely get along just fine with the likes of Superman and Cyborg, and let’s face it: the dude’s ripped.

Remember when Wonder Woman (Gal Gadot) dropped her sword as she fell during her fight with Steppenwolf (Ciarán Hinds), triggering a (way too) long slow-motion sequence in which The Flash (Ezra Miller) ran really fast to poke the sword back into her hands? Imagine how much easier things would have been for Diana if she was able to detach her left arm to give her right arm more reach.

Junkie XL came back as the composer for Zack Snyder’s Justice League after being replaced by Danny Elfman for the 2017 theatrical cut, but something was still missing. I don’t know about you, but when I read Justice League comics, the music playing in my head sounds more like the soulful latin rock stylings of Mexican-American guitar god Carlos Santana. Yeah, it was kind of cool watching Aquaman throw his trident at a bunch of parademons, but it would’ve been way better if it was accompanied by one of Santana’s signature sexy solos.

If nothing else, hopefully when Snyder introduces Zatanna to the League the scene is accompanied by Santana’s Black Magic Woman.

There aren’t nearly enough gorillas in superhero movies. Comics have plenty, though, which is one of countless reasons why it’s the superior medium. If legendary artist and DC Comics editor Carmine Infantino was correct about his claim that comics with gorillas on the cover sold better, it stands to reason that Warner Brothers could sell more HBO Max subscriptions with more gorilla content. They’re on the right track with Godzilla vs. Kong, but goddamn it, I want more gorillas. MORE! (You can subscribe to HBO Max at this link. Note this is an affiliate link and The Beat may receive a small, not-gorilla-sized commission if you subscribe).

Do you agree with Greg’s choices? Who should be in the Snyder Cut sequel instead? Leave a comment below and he’ll definitely read and carefully consider what you have to say! 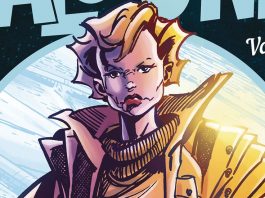 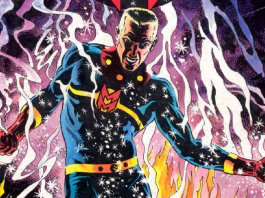 Classic Comic Compendium: MIRACLEMAN BOOK ONE: A DREAM OF FLYING

Classic Comic Compendium: THE LEAGUE OF EXTRAORDINARY GENTLEMEN, VOL. 4: THE...