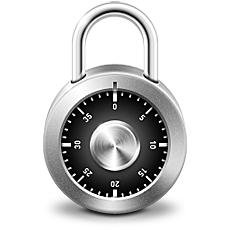 If nobody cares about DRM on digital comics, why does everybody keep bringing it up?

San Diego 2013 was unquestionably a triumph for digital comics heavyweight comiXology, with a stream of announcements of new initiatives and new partnerships. Chip Mosher may have been one of the busiest men at the Con this year, pumping out press releases right and left. Currently, comiXology stands with seemingly no credible comics-focused competitors any longer.

Nonetheless, there was one issue that seemed to continually vex the comiXology spokespeople, as CEO David Steinberger and co-founder John D. Roberts found themselves having to answer the dreaded “DRM question” at all of the many panels I saw them speak at. To their visible frustration, Steinberger and Roberts repeated the comiXology case for Digital Rights Management on digital comics. According to them, DRM is not only still needed, but is in fact a “value add,” by helping them create a compelling experience for their customers. The current comiXology system underscores their “cloud” philosophy of buying comics, that allows readers access to their entire collection from any approved device that can connect online. A “seamless experience,” that avoids any “frustrating” or “complicated” need for readers to manage their own files, or to deal with what Roberts referred to as a “pile of hard drives” in order to have a digital comic library. Steinberger was particularly dismissive of the critics of DRM, characterizing them as a “tiny minority” of “tech-enthusiasts” whose outspokenness and passion on the subject does not accurately reflect its real relevance.

Unquestionably, though, the recent announcement by Image comics that they would be offering some future digital comics for sale without DRM has brought the topic to fore again. Every publisher I spoke to at the Con expressed real surprise about what Image was doing. Topher Alford from Dark Horse told me his first thought when he heard about Image’s DRM decision was simply “crazy,” and that he was still trying to process it. Chris Ross from Top Shelf had a different perspective, as he reminded me that Top Shelf had released their own title Double Barrel without DRM back in January, expecting it to cause a lot of discussion, but that never really materialized.

Everybody is definitely keeping an eye on what Image is doing, but Ron Richards, Image’s Director of Business Development, did not see the DRM issue in black and white. For him, providing DRM-free comic purchases was mostly about “total choice” as Image will continue to work with protected formats on iBooks, Google Books, Amazon, Nook and comiXology. DRM-free is just another option for those customers who do demand full control over their purchases. According to Richards, the feedback has been great “from both customers and creators” and he is bullish on digital going forward, predicting that revenue from that sector will rise from 12% of Image in 2012 to 15% in 2013, while not “cannibalizing” print sales. And he’s excited about the trend of digital first publications coming to print, especially as it gives fans a special or archival book that can fulfill the, often important, role of “fetish object” for fans.

Richards and Image are unmoved by the traditional argument of publishers that without DRM, digital purchases will be pirated all too easily, ultimately reducing revenue. There are, of course, even more outspoken voices denying the impact of comics piracy, like Mark Waid, who has maintained consistently that DRM is essentially pointless, and he in fact ended his participation on the Digital versus Print panel by yelling “Viva piracy!” But Waid is not the only lauded creator to question the logic of DRM schemes in San Diego. Ironically, it was the Eisner Award winning Becky Cloonan who revealed at the comiXology Submit panel that her digital comics only started appearing on piracy sites after they were published in a protected form by comiXology. Since she really considers digital comics, even her critically acclaimed Ink and Thunder line, to be more of an awareness generating tool for her more expensive print publications, piracy was “unpleasant, but not a big deal, really.”