It was only a few months ago last May when Funko unveiled the latest wave of Funko Pop figures from The Mandalorian. With the much anticipated spin-off The Book of Boba Fett nearly upon us, it will hopefully help tides fans over until The Mandalorian Season 3. In the meantime, to the surprise of nobody Funko has once again here to satiate fandom. Today via a StarWars.com exclusive, a new wave of Star Wars Funko Pop! bobbleheads were revealed. The lineup of new figures include the Frog Lady, Cobb Vanth and Grogu deep in meditation. There’s also figures Dark Trooper and Luke Skywalker both holding Grogu. There’s also various versions of Boba Fett and Fennec Shand.

Without a doubt the highlight is the replication of that iconic image from the midcredits scene of Boba Fett and Fennec Shand assuming the throne in Jabba’s former palace. 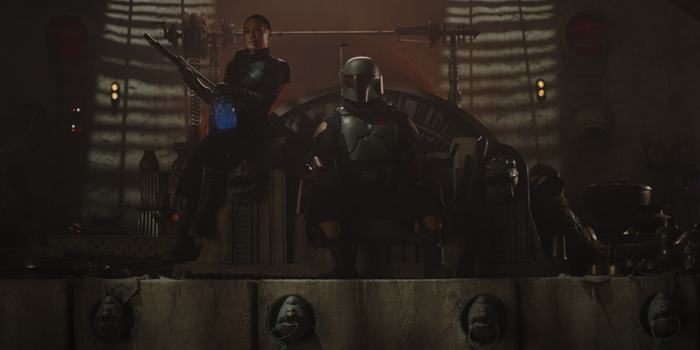 Check out the Funko figures below

PREVIEW: Office supplies and death in THERE’S SOMETHING WRONG WITH PATRICK...

Mad Cave launches trailer for A Legacy of Violence from Bunn...