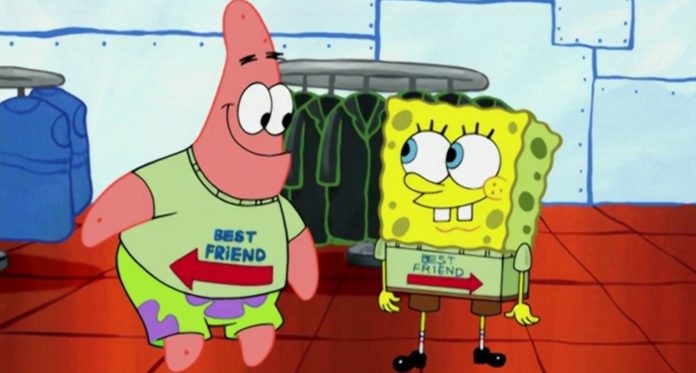 Even after more than 20 years, Nickelodeon’s SpongeBob SquarePants franchise shows no signs of slowing down anytime soon. In addition to the original and main series, over the last few years Nickelodeon has released two additional spinoff shows, Kamp Koral: SpongeBob’s Under Years and The Patrick Star Show, all of which are set to crossover in the recently announced “Tidal Zone” special. At SDCC, The Beat had the chance to sit down with Tom Kenny and Bill Fagerbakke, the voices behind SpongeBob SquarePants and Patrick Star respectively. Our discussion ranged from how Kenny became the voice director on the show in addition to playing the titular character as well as the necessity of comedy shows like SpongeBob in these troubled times.

Taimur Dar: Tom, something I didn’t realize until I did The Patrick Star Show press junket was that you and actor Thomas Wilson actually came up together in standup comedy.

Tom Kenny: Yeah, Tom and I would occasionally cross paths mostly in L.A. but occasional at a road gig or two. It was that ‘90s standup comedy thing so you crossed path with everybody. I knew Drew Carey when was still living in his car. Also Sinbad. I knew a lot of comedians when they were living in their cars!

Dar: Had you and Bill known each other before working on SpongeBob?

Kenny: Bill and I worked together on a short-lived animated Saturday morning series of Dumb and Dumber.

Bill Fagerbakke: It was from Hanna-Barbera.

Dar: I remember that cartoon! Matt Frewer was in it!

Kenny: Was Matt Frewer doing his own voice?

Fagerbakke: Tom was a guest and came walking in. He was so cool and was ready to play and sing. I didn’t see you again until we did the pilot for SpongeBob.

Kenny: It’s funny when you said Matt Frewer I was thinking Max Headroom.

Fagerbakke: And I had worked with him on The Stand. He was great.

Kenny: Was that shot in Canada?

Fagerbakke: No, it was shot mostly in Utah.

Kenny: Bill has a pretty big footprint as you can see by his gigantic shoes.

Kenny: And then we didn’t work or see each other until SpongeBob started and we did the pilot.

Kenny: It’s pretty crazy to work with people for that amount of time.

Dar: Many of my favorite voice directors started out as voice actors themselves like Charlie Adler, Sue Blu, or even your SpongeBob co-star Sirena Irwin. A few years ago, Tom took over voice directing for SpongeBob SquarePants. It’s not uncommon for voice directors to play small or supporting parts in their animation projects, but I think this is one of the few times when the voice director also happens to be the main character. What’s that experience been like

Fagerbakke: Steve directed the first three seasons and then we had 2-3 different directors—

Fagerbakke: And then Steve brought it up to you. Obviously Tom knows so much about everything involved with SpongeBob but also as a standup comedy he has such great sensibility for the nature of the show. During COVID, Tom has been incredible as a director. It’s not easy but he knows what needs to happen.

Kenny: The hardest part has been keeping your energy up while you’re sitting in your home office or closet or laundry room or wherever you have your home studio setup. It’s different from going into a studio and there’s an engineer. You have to change your working paradigm. I never thought about like you said that I’m also the main character on the show.

Fagerbakke: You’ll see that all the time [with] on-camera but not animation.

Kenny: Steve saw stuff us that we didn’t see in ourselves. I never thought of myself as a voice director. But I trusted him implicitly. He was very intuitive and logical. He could look at us and see our skill sets.

Dar: That’s a great segue into m next question. Bill, for the first few seasons you primarily voiced Patrick but I noticed you eventually started playing the random incidental characters. There was one character, Agent Twirp from the Bogus Business Bureau, I would never expect you to voice!

Fagerbakke: That’s always so much fun. I have such regard for what my fellow castmates are capable of. I’m not as versatile as Tom or Rodger [Bumpass]. Clancy [Brown] and I probably similar in that we don’t have a wide breadth.

Kenny: I would actually contest that. I would say that Bill at the beginning didn’t think of himself as a chameleon. He would say, “I do big dumb guys.” But then as stuff gets thrown to him, he is as much a chameleon as anyone on the show.

Fagerbakke: I’ve learned a lot. When you work with good people it’s such a great opportunity to learn.

Kenny: To me, Bill is full-on chameleon. It’s a great ensemble. Like The Simpsons with Springfield, we don’t really need to bring in extra actors because the 6-8 actors have the town of Bikini Bottom covered.

Dar: During these last two years, I’ve really appreciated the importance of fun comedic cartoons like SpongeBob. It’s really provided an essential escape from the troubles of the world not just for kids but even someone like me who’s an adult. I’d love to hear how you guys look at SpongeBob now in these times.

Fagerbakke: I remember when I first studied acting and theater and theater history a teacher once talked about how the entertainment industry never has a depression. It’s depression proof because you’re right, people need an escape. If you look back during the Depression, Hollywood boomed during the ‘30s.

Kenny: Movies were huger in the early ‘30s than they were in the roaring ‘20s!

Fagerbakke: I appreciate what you’re saying. To be able to be on a show like SpongeBob which people enjoy and can help escape the pressure is very meaningful.

Fagerbakke: Maybe even more so nowadays with the 24-hour news cycle. It’s relentless!

Kenny: It’s relentless! Even if you try to take a little break from it, you almost can’t get away from it.

Fagerbakke: You like me are not on social media either.

Kenny: Bill and I are like two of the last social media holdouts in show business. It probably would do certain good things for our career and visibility if we did.

Fagerbakke: But what a cost!

Kenny: But all it takes is one misinterpreted or a misconceived joke to ruin your whole career!

Fagerbakke: Not that Tom is ever inappropriate!

Kenny: I have enough anxiety in my life without that.

Kenny: I will say that comedy and comfort shows during incredibly discomforting times have become increasingly important to people. Look at the most streamed shows like The Office, Friends, Seinfeld…

Kenny: Ted Lasso! Another show with an unrelentingly positive protagonist in a cynical world! It’s kind of cool to be that comfort. I guess SpongeBob is the TV equivalent of a nice double Krabby Patty.

Dar: As always, it’s been an immense pleasure chatting with you both!

Miss any of The Beat’s earlier SDCC ’22 Coverage? Find it all here! 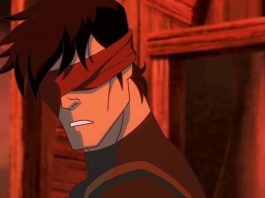 Check out the trailer and release details for MORTAL KOMBAT LEGENDS:... 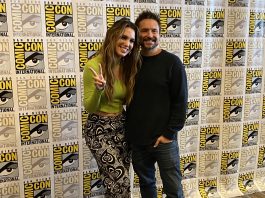 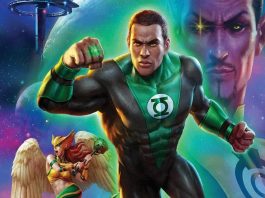 INTERVIEW: The filmmakers of BEWARE MY POWER shine a spotlight on...