Home Entertainment Cartoons DC FanDome: MAN OF TOMORROW panel on the back to basics approach... 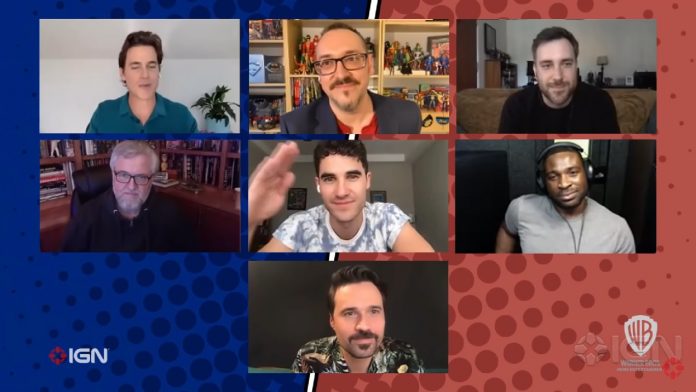 Fans may have been disappointed that the Superman: Man of Tomorrow panel was among the programming delayed until September 12th due to the decision to split the inaugural DC FanDome virtual event into two days, but after experiencing the smorgasbord of DC delights during the 24-hour event, nobody can in good conscious complain they were unsatisfied.

Anyone familiar with the Superman: American Alien limited series will recognize certain elements in Man of Tomorrow, most notably Clark’s early costume and Parasite as a villain. Although the film isn’t a direct adaptation, Lukic cited American Alien as an inspiration along with the Superman for All Seasons 4-issue limited series by Jeph Loeb and Tim Sale. Man of Tomorrow may explore the early years in Superman’s career but Sheridan considers the film focusing more on “Act 2” of Superman’s life.

According to Sheridan, Lukic’s directive for the film was to be smaller and character driven akin the original Richard Donner film. While it may be in the superhero genre, Lukic’s aim was for an independent style feel in contrast to typical large scale superhero property like out of the MCU.

In terms of themes in the film, Sheridan pointed to identity, specifically discovering your identity, and how it shapes you into the person you’re going to be. Hence the title of the film, Man of Tomorrow.

As most viewers have discerned, the design of aesthetic of Man of Tomorrow is a stark departure from previous DC animation projects most notably the thicker lines. The desire for a different look came from Warner Bros. Animation President Sam Register. Since Lukic saw current DC animation as very anime influenced, he figured the opposite would be thicker lines that looked as if it was hand drawn. Unfortunately, the overseas studio found animating the style difficult so it took time working and adapting with them to find a middle ground.

Director Chris Palmer attested that the film tries to simultaneously feel contemporary with glimpses of futuristic designs and technology scattered.

Answering a fan question inquiring about the decision to include Parasite and Lobo as the antagonists, Lukic and Sheridan reiterated that those two foes are both featured in the American Alien comic. Beyond being credible physical challenges, Sheridan found Lobo to be an emotional equivalent for Superman describing Lobo as the “Man of Yesterday” through his boorish and misogynistic nature.

Darren Criss, the voice of the titular character, is definitely no stranger to Superman watching classic ’90s DC animation shows Lukic and countless other talented creatives worked on, conceding they were his education and entry into DC Comics lore. When the opportunity to voice Superman came to him, Criss was somewhat hesitant since he didn’t believe his vocal quality matched his perceptions of Superman. Upon learning the film involved a younger Superman, Criss was more confident.

The S stands for the last part of YAS.

Playing villains seems to come naturally for Brett Dalton, probably best known for his role as Grant Ward in Agents of S.H.I.E.L.D. series. As the voice of Rudy Jones, he appreciated the opportunity to showcase the humanity of the character before his villainous transformation allowing the audience to sympathize with him.

Superman may be the star of Man of Tomorrow, but he’s not the only recognizable DC hero featured in the film. The shape-shifting Martian Manhunter perhaps embodies what it means to be alien in America more than Superman, something to which Nigerian actor Ike Amadi could relate. Lukic likewise shared his own immigrant experiences.

The panelists agreed how surprisingly poignant they found Man of Tomorrow. Considering that Sheridan revealed his background in theater, it may not be shocking that writing character moments is his forte. Even for Palmer, who’s worked on big action sequences in his animation career, discovered that the small quiet moments stuck with him like characters talking over coffee or tea.

Long before Brian Michael Bendis‘ Superman comic run began, it made headlines that the Man of Steel’s iconic red briefs would finally be returning after a long absence since the start of the New 52 reboot. It’s a back to basics approach that Lukic also desired for this film. Superman’s red underoos may not fly in live-action for modern audiences, but that’s not necessarily the case for animation.

Asked about favorite scenes in the movie, both Sheridan and Lukic gave the same answer of Clark receiving the Superman costume from his mother, Martha Kent. For Palmer, it’s the scene when Perry White introduces Lois Lane to the Daily that sets for up to be hated.

Criss enjoyed seeing Clark deal with mundane aspects of being a normal person. He mentioned specifically a scene involving Clark’s awkward attempt to to hang up on his parents during a facetime chat that was very endearing to him as an actor. On the flipside, channeling classic Superman for scenes like asking if Lois Lane is safe apparently gave Criss goosebumps in the recording booth.

Amadi’s favorite part in the film was an intimate conversation between Superman and Martian Manhunter. Dalton also took the opportunity to praise Amadi’s hilarious delivery of a line criticizing the depictions of aliens in movies.

At the end of the panel, moderator Matt Bommer announced the 2021 slate of DC animated films that includes a two-part Batman: The Long Halloween adaptation. 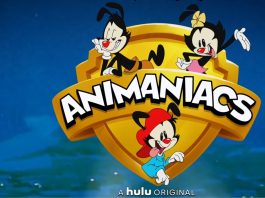 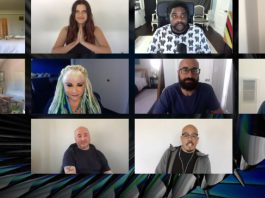 DCFanDome: HARLEY QUINN panel still has no news on a third... 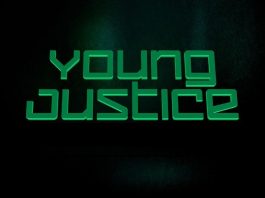