In June 2016, DC Comics kicked off the start of its Rebirth initiative. After a wave of criticism surrounding the way they have treated their characters’ rich histories since 2011’s New 52 relaunch, DC has decided to rebrand. They hope that by restoring their characters’ pasts, they will restore readers’ faith in them as well.  Do they succeed? That’s what The Beat’s managing editor Alex Lu and entertainment editor Kyle Pinion, and contributor Louie Hlad are here to discuss. Book by book. Panel by panel.

THIS WEEK: Louie tackles the latest issue of the beleaguered Cyborg series, as well as the conclusion to the current fill-in storyline on Superman

Note: the reviews below contain **spoilers**. If you want a quick, spoiler-free buy/pass recommendation on the comics in question, check out the bottom of the article for our final verdict.

I honestly don’t know what to expect from the upcoming Justice League movie. My gut says it’s going to be as much a trainwreck as the Batman v. Superman fiasco last spring, but I like to remain positive and go into each story with an open mind. The current portrayals of Batman and Wonder Woman are great fun and and the studio completely nailed the casting of Aquaman. So who knows. The character who gives me the most pause in that project is Cyborg.

I find Cyborg to be a tragic character on two levels. Of course there’s the fictional backstory: Vic Stone, a gifted young man was forcefully merged with cybernetic technology following a life threatening accident. Not a happy tale. But there is also a long literary history of the character being underserved by writers and editors year after year. Vic is too often relegated to mundane scenes where he “hacks” into an important computer system or blasts a bad guy using a cybernetic cannon arm. Lazy writing produces lazy stories.

In theory a man/machine hybrid makes for a great protagonist and offers a deep well of storytelling angles. Geoff Johns took steps to reinvigorate the character a few years back and you could hear genuine excitement as he spoke about the project at conventions. As we become ever more drawn into our cellphones and social media and the internet, aren’t we all really cyborgs now on some level? At what point do our internet-connected devices become considered a part of us and where might this trend lead in the near future? This is as timely a story as any.

With Geoff Johns focusing his creative energy elsewhere, the current comic book series has fallen back into an uninspired mishmash of pseudo science and robot fights. There are glimmers of hope, which I will discuss shortly, but with great character comes great responsibility. The dialogue is painfully expository (“I demand a final mega-battle…are you ready for Cyber-geddon?”) and the visuals borrow too liberally from The Matrix and Terminator to feel fresh. As soon as Vic realizes he is in a virtual reality dreamscape and essentially becomes a god as he “rewrites the code on the fly,” all sense of consequence flies out the window. It’s another dream scene that will be thrown out like it never happened in another issue or two. You’ve got to love comic books- we readers are a masochistic lot.

The bright spot in the current arc of Cyborg is in the broad themes around which the story was (crudely) assembled. There’s at least points for effort here. The concept of the singularity is especially intriguing to an engineer like myself, having more than a passing interest in technology and popular physics. Pick up a book by Michio Kaku or Stephen Hawking and you’ll find numerous chapters devoted to exploring this merging of human intelligence and machine intelligence in a pattern of exponential growth. The singularity is the point at which we will have harnessed technology to achieve a sort of immortality and omniscience, no longer confined to the limits of our biology. If Cyborg isn’t a stand-in for this type of experimentation then I’m not sure what he represents. In the comic, the “digiverse” that Cyborg finds himself plugged into is the collective digital environment of countless advanced species who have evolved beyond their biology and now inhabit a shared virtual space- the internet for consciousness. It is a “virtual” reality only in the sense that it is actual reality that no longer relies on the physical. Connecting this exciting concept with the other-worldly Mother Box technology that created the Cyborg hooked me into the story on page one. The subsequent twenty pages of good robots fighting bad robots put me right back to sleep.

And that’s really the problem. Lost opportunity is the theme of this series. We have a character who has embraced full integration with limitless technological advancement. He doesn’t sleep or dream and has perfect recall of everything his senses register. Cyborg could be the vehicle for such an intelligent dialogue. We simply have to get him out of the slugfest rut.

Perhaps this series will surprise me next month. Maybe the movie will too. My phone is on silent and my mind is open.

So here’s an interesting review choice: The second issue of a short fill-in story while the regular creative team is off prepping their next big arc. It’s a scenario that damn near guarantees no major plot developments, no lasting effects, no disturbance of the status quo in any impactful way. Gleason and Tomasi (along with a troop of impressive creatives that I’ll get to in a separate review) have been crafting a long-form narrative that is slowly reframing Superman’s world and his place in the DCU. One can only assume that James Bonny and Tyler Kirkman this month were given a mission akin to “keep the lights on while we’re away.” There’s no disrespect in that assignment- some of the best comics moments come from these everyday heroics that serve as beats between world shattering events. Superman goes to work, saves some folks, and comes home to his loving wife. Let’s enjoy this thing for a moment before it gets shattered again.

In this particular day at the office, Lois Lane has been digging a little too deeply for a story and catches the attention of Deathstroke the Terminator. Typical Lois, am I right? It’s what we love about her. Deathstroke has figured out (*last issue!) that Superman cares for her, so he decides to shoot one of his many guns at Lois and see what happens. Enter Superman’s chest on the splash page, satisfyingly on cue.

What follows is a kinetic fight scene, impressively choreographed. It’s one of those page layouts where the panels aren’t sitting next to one another so much as overlapping on top of each other, boundaries loosely defined. Superman swats Deathstroke’s staff and sends it bounding into a nearby scene, an explosion panel is shaped as a disfigured rectangle with erratic edges. It’s a welcomed style as it maintains the frenzied pace of the event and keeps the action from going stale. When Deathstroke’s enhanced gravity armor finally starts to show wear, he imperils some nearby citizens as a distraction, grabs his swords (dude, pick a weapon already) and vanishes into the chaos. Fighting to be continued in a few pages, after spending a quiet interlude with the Kent family.

What draws me to Superman is the way he struggles to maintain a decent and normal life amid all of the dimension hopping and assassin attacks. He performs his duties to protect the city, planet, and multiverse but he also kisses his wife to sleep at night and watches his son balance on the playground monkey bars before heading back to the office for a staff meeting. While Batman sees mundane life as a distraction from the mission, Clark Kent realizes that the quiet moments are the ones that make the fights worthwhile. He knows that defeating the bad guys is secondary to being a good guy. Sure he could easily take down Deathstroke, armor and guns and swords and all. The only reason the hired assassin is able to escape until page 12 is that Superman refuses to endanger innocent bystanders to chase him. Because helping people and upholding morals is the mission. Ultimately Superman is not a story about power; it is about choices.

Okay, back to the fight. Deathstroke chooses his next moment to attack and he’s using Lois as bait again, a gun to her head. He poses a challenge to Superman- kill him and save her life. The furious hero, eyes ablaze with heat vision at the ready, is forced to wrestle with two unacceptable options: become a killer to save his family or watch his life crumble to uphold his integrity. It’s a moment that we’ve all seen many times before, but it’s been done much worse than this. During the standoff we get glimpses into Lois’s mindset (“He won’t do it”), Superman’s hesitation (“It would be so easy”) and Deathstroke’s philosophy that the strong survive while the weak perish.

Unsurprisingly, no one dies and we find that Deathstroke was merely sent to test the limits of Superman’s commitment to his moral code. The unexpected benefactor who hired the assassin seems very interested in the results of the experiment. Now she knows just how far Superman can be pushed before he breaks. Will this revelation play out in future issues of the series? I wouldn’t count on it. 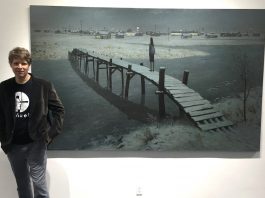 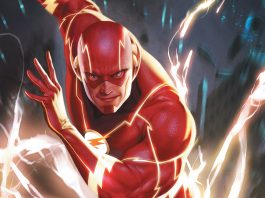 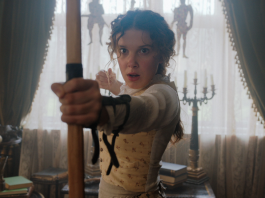