Everyone is doing it! Valiant Entertainment has just joined the ranks of crowdfunders with a new Kickstarter campaign for ETERNAL WARRIOR: SCORCHED EARTH, which is also their first original graphic novel. The campaign was announced a few weeks ago, and now it’s live.

And the campaign looks to be a success – just launched, it’s already halfway to its $25,000 funding goal.

The GN is written by Tres Dean with art by Alberto Taracido, colors by Rain Beredo and lettering by Tom Napolitano. Gerald Parel is the cover artist. The story involves the return of Gilad Anni-Padda, the ETERNAL WARRIOR, and Tama, this generation’s GEOMANCER of Earth – and of course, a whole new threat to the Valiant universe.

Established publishing companies  – even giant Chinese owned movie studios like Legendary – using crowdfunding for comics has been a thing ever since BRZRKR made a mint. And it looks like it’s here to stay. Among the reasons commonly cited: being able to offer fans the kinds of rewards a conventional release wouldn’t allow. And Valiant’s PR sort of says the same thing:

Kickstarter is the perfect platform for bringing the community together and celebrating the Valiant fandom, delivering the next evolution of fan engagement. This is realized through Valiant’s debut Kickstarter campaign featuring the first original graphic novel, offering a new way to engage with those who love the Valiant Universe.

…For Valiant’s first original graphic novel and a fascinating new chapter for Gilad and Tama, everything was designed for the Kickstarter platform including a special deluxe edition, exciting add-ons and so much more directly from Valiant Entertainment.

The Kickstarter campaign features a standard exclusive hardcover edition with a remarkable cover by Gerald Parel as well as an exclusive Raze’s Flame deluxe hardcover edition featuring the iconic Valiant gold treatment on the cover title and an exclusive AR code bringing the book to life like never before. The pledge tiers offer many exciting opportunities for fans to take advantage of everything the campaign features including limited offer tiers for “THE BOON” that has every single add on and “STAY VALIANT” allowing you to actually appear in the graphic novel! 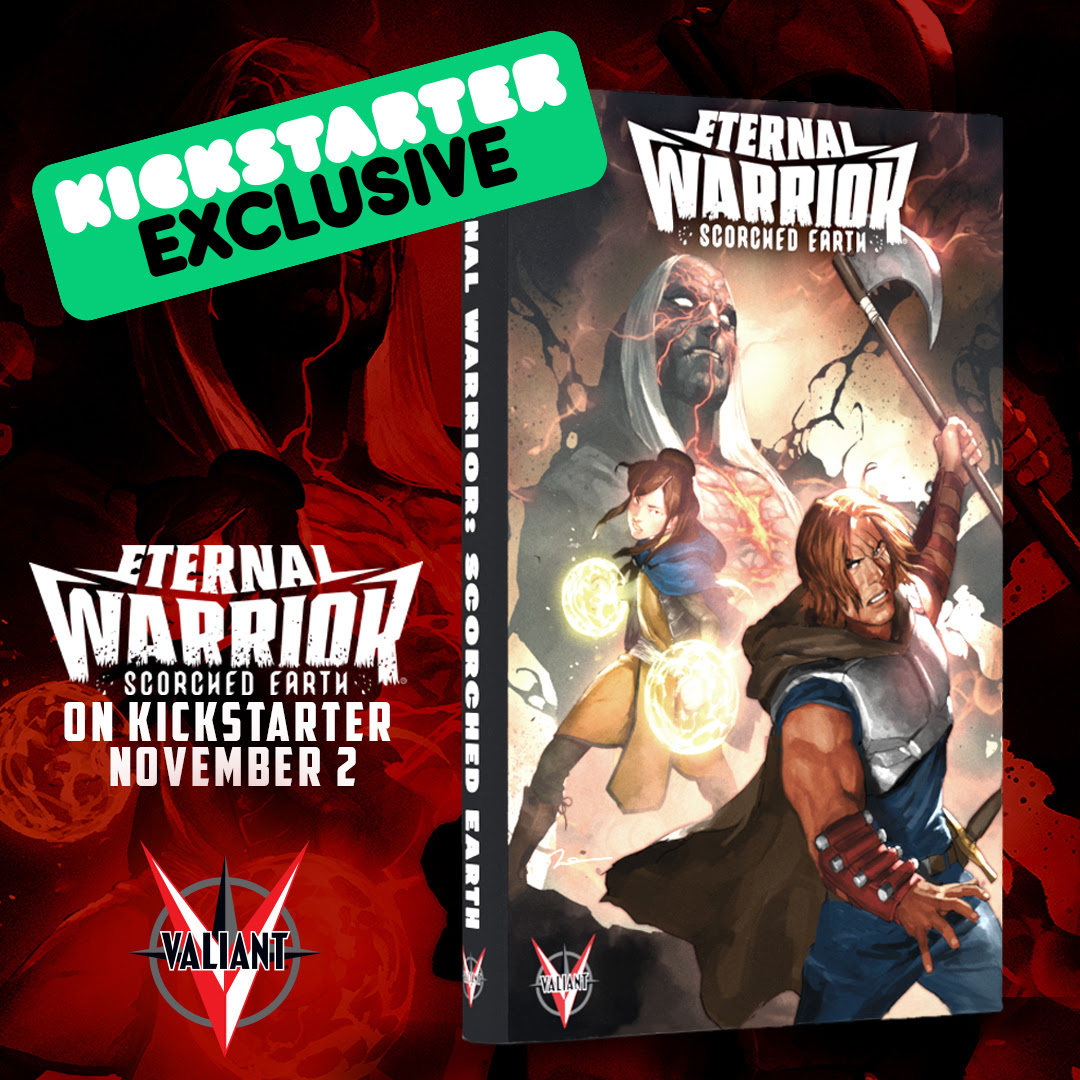 EXCLUSIVE PREVIEW: SILVER SURFER: THE PRODIGAL SUN #1 continues the journey as it dives into the Surfer’s past

Spider-Man: Across the Spider-Verse now has two parts…and Bill Sienkiewicz