Home Entertainment Television The CW unveils the hero lineup for ARMAGEDDON, the next Arrowverse crossover 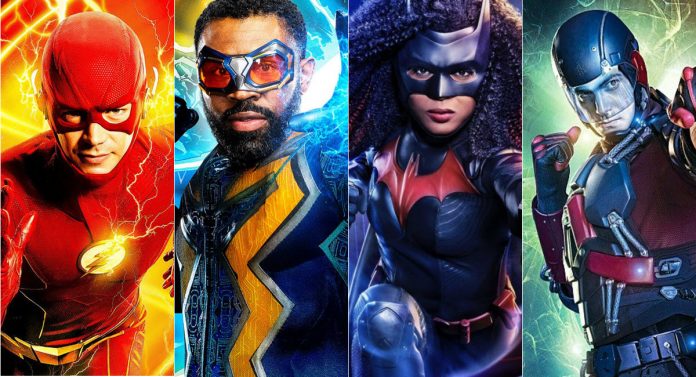 Fans of The CW’s Arrowverse lineup of shows weren’t treated to the annual crossover between the series during their most recent seasons thanks to the COVID-19 pandemic. Viewers were given something to look forward to back in May when it was teased that The Flash would return in the fall with a five-part storyline featuring many heroes from across the Arrowverse. Now new details of that storyline have been revealed, including the story’s name, Armageddon, and just who viewers can expect to see again come November.

Here’s the official description from The CW for Armageddon, as reported by EW:

A powerful alien threat arrives on Earth under mysterious circumstances and Barry (Grant Gustin), Iris (Candice Patton), and the rest of Team Flash are pushed to their limits in a desperate battle to save the world. But with time running out, and the fate of humanity at stake, Flash and his companions will also need to enlist the help of some old friends if the forces of good are to prevail.

In a statement announcing Armageddon, The Flash showrunner Eric Wallace elaborated on what fans should expect from the next Arrowverse crossover:

“Simply put, these are going to be some of the most emotional Flash episodes ever. Plus, there are some truly epic moments and huge surprises that await our fans. And we’re doing them on a scale that’s bigger and bolder than our traditional Flash episodes. So yes, ‘Armageddon’ is a lot more than just another graphic novel storyline. It’s going to be a true event for Flash and Arrowverse fans, old and new. Honestly, I can’t wait for audiences to see what we’ve got planned.”

Considering the title of the event and the fact that several of the characters noted to be appearing – namely Mia Queen, who is from the future, and Damian Darhk, who is dead – it seems likely that time travel will be involved in this storyline. The title alludes to Armageddon 2001, a 1991 crossover that saw the character Waverider travel from the far future of 2001 to the past to try to uncover the identity of Monarch, the tyrant who had conquered the future and who was formerly a superhero himself. The description for The CW’s event doesn’t sound like that at all, but it also sounds kind of cookie-cutter, so one wonders if it might be a misdirect. The plot of Armageddon 2001 would also make it easier to incorporate disparate heroes like Black Lightning, Sentinel, and The Atom (though hopefully none of our beloved television heroes ends up being evil).

The Flash‘s eighth season premiere, the first part of Armageddon, airs on Tuesday, November 16th, on The CW. 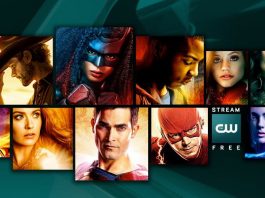 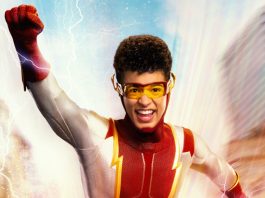 The CW releases first-look photo of Jordan Fisher as THE FLASH’s... 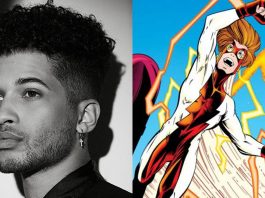