Snake Eyes gives us a first look at Henry Golding in an action role as the titular character. The trailer dropped during the MTV Movie Awards tonight showing off Golding and his fellow castmates in the upcoming G.I. Joe movie. Golding’s Snake Eyes is described as a tenacious loner who joins the ancient Japanese clan, the Arashikage, after saving the life of their heir. Starring alongside Golding is Andrew Koji as Storm Shadow, Úrsula Corberó as The Baroness, Samara Weaving as Scarlett, Haruka Abe as Akiko, Takehiro Hira as Kenta, and Iwo Uwais as Hard Master.

As an actor most notably known for his role as the leading heartthrob Nick Young from Crazy Rich Asians, Snake Eyes marks Golding’s first foray into being an action star. He told The Beat that although he had recreational experience with Muay Thai and boxing, his experience playing Snake Eyes a physically demanding role. “When you’re filming something like that, do remember, it’s like 30 takes of the entire sequence,” he explained. He praised Kenji Tanigaki, the film’s fight coordinator, “[He] was with us for like two months, and put us through our paces, brought us up to speed on where we wanted our characters. What is shown in this movie is super grounded and the majority of it is without special effects. All of the actors doing their own stunts. Every single choreography we had to learn and do ourselves.”

Of course, Golding is not the only big name on the film, and he praised his fellow castmates like Iko Uwais — of The Raid fame — and bonding with Uwais over their Malaysian Indonesian connection and learning Silat from him. “I speak broken Bahasa, obviously Bahasa Indo is very similar to the Bahasa Melayu. So, you know, we cracked some jokes on set and stuff, we were very close. But for him to teach me a little bit of Silat, which is the traditional martial arts of Indonesia, is phenomenal. That style has so much sexiness to it. I think just the moves themselves are just unbelievable. But yeah, working with him was unreal.”

With the majority of the movie filmed in Japan, the international cast became close on set. “We’ve all come from very different backgrounds. We’re all very worldly. To film together, to see the dedication that everybody put into it was unbelievable. It was a hard task to get us to a point where we can do everything our characters needed to do. I think people are going to be really pleased and really surprised at the sequences and the universe that we’re literally kicking off with these characters. This is the first footprint for G.I. Joe moving forward.”

For those familiar with the character of Snake Eyes, it’s likely a surprise for them to see Snake Eyes without his mask. The original Snake Eyes was severely disfigured after a helicopter accident that also led to permanently damaging his vocal cords. Snake Eyes, for all intents and purposes, was faceless and voiceless. However, Golding described Snake Eyes as a look into the humanity of the character. He discussed having conversations with G.I. Joe comics writer Larry Hama in order to better understand his character.

“[Hama] acting as executive producer brings us the creative license to expand his history,” Golding explained. “For him, overseeing the project and having his say, was so important to us, because we wanted to do justice to the pre-existing fans, of course. But we also want to open this movie up to be able to be loved by so many more people around the world.”

Snake Eyes’ story within the film is also one that balances action with emotional stakes as well. Golding said that they tried to make the character complex as humanly possible. “We need to understand the jeopardy behind the decisions that he makes. We need to understand that he’s not just a fighting machine. He has a heart. He has a history. He has family, at the end of the day. So, how did he get to the space of putting that mask on? And why did he make those decisions? That’s what we explore. And that’s why I’m so excited to revamp and really start at the origin.” 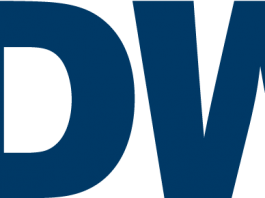 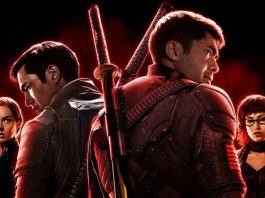 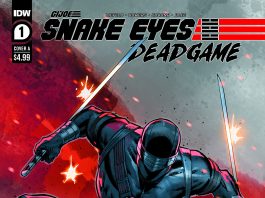 ABOUT US
All the information you need about comics news, graphic novels, film, television, streaming, toys and fan culture!
FOLLOW US
© 2023 Superlime Media LLC
Loading Comments...