Home Entertainment REVIEW: Candyman is as frustrating as it is ambitious 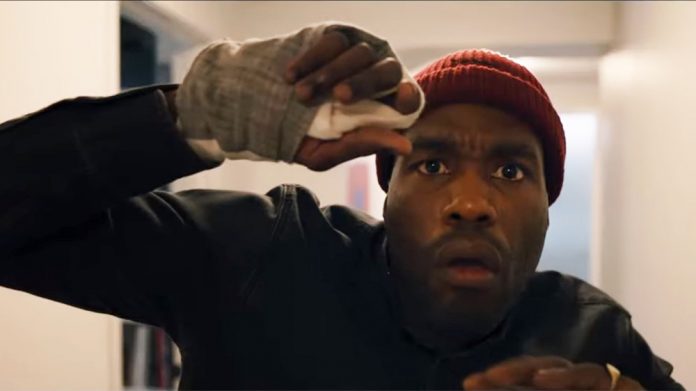 Horror has a lot on its mind these days. But then again, it always has. Candyman (2021) is a legacy sequel to the 1992 flick Candyman by director Bernard Rose. That film, which catapulted Tony Todd to superbad stardom as the eponymous Candyman, blended slasher horror with social themes centering on race and class set in a real-life public housing project in Chicago known as Cabrini-Green.

The 2021 sequel comes at a time when the themes of the original are even more prominent in the public eye – to the degree that awareness of issues is often exploited or manipulated by people who have nothing to do with the issues themselves. That’s a central, new thesis to this version of Candyman, which takes us back to Cabrini-Green through the lens of a Black artist trying to make a name for himself.

Anthony (Yahya Abdul-Mateen II) is a rudderless painter who is intrigued by the urban legend of The Candyman, told to him by his girlfriend Brianna’s (Teyonah Parris) brother. Anthony visits Cabrini-Green, where he is stung by a bee (more on that later) and is inspired to create a piece of art based on the myth he unravels. Though the artwork receives a middling reception from white gallery owners and critics, when a gruesome murder takes place directly in front of the piece, Anthony’s work becomes the toast of the town. But as Anthony’s bee sting progressively swells and cracks and creeps up his arm, his mind, too, becomes inflicted by the horror of the story he’s helped propagate.

Here’s the best thing about Candyman: It’s only 90 minutes long. I don’t mean that as a put-down or to be dismissive; genuinely, films of all genres are often bloated in such a way that they lose momentum quickly, with 2 hours and 30-minute runtimes becoming a norm. The worst thing about Candyman? It feels so full of half-started plot threads, character arcs, sequel ideas, and social commentary that it could have filled a 3-hour movie and still had plenty left to elaborate on.

What that means is that we get plenty of slivers of greatness in Candyman, and the first 2/3 of the Candyman is a thoughtful, well-crafted horror film. Director and script co-author Nia DaCosta cleverly weaves themes from the original flick into a more modern tapestry – Say his name is repeated as a catchphrase apropos of a killer who can only be summoned by his name being spoken aloud 5 times into a mirror, while also evoking the real-life horror of Black lives murdered by police brutality. DaCosta also fixes perhaps the most arguable contradiction of the original film, with this version of the Candyman no longer primarily targeting Black residents of Cabrini-Green to avenge the brutal murder he experienced at the hand of racist white people.

The camera lingers on vivid imagery, explored through the lens of modern art. Anthony’s body quickly decays to reflect his mental state (FYI, if you have trypophobia, this movie is going to upset you). Even quick recaps of the first film are told through a minimalistic and eye-catching shadow puppetry story. And as kids in bathrooms line up in front of mirrors to say Candyman’s name, like Anthony’s piece told them to, it’s a vibe real enough and strong enough to remind you of other artistic takes on performative social justice, like the black squares we all saw on Instagram last summer, or the pussy hats of 2016, or of celebrities half-heartedly crooning the words to “Imagine” in response to bodies stacking up in mobile morgues during a deadly pandemic.

But as the last 20 minutes of the movie came and went, my hope for a satisfying moment of everything falling into place went along with it. With an ending that trades its vibrant visuals or inventive storytelling techniques for bizarre CGI in dark rooms, Candyman both physically and metaphorically rushes to a conclusion that feels undercooked and strangely edited. I was left wondering about the trajectory of almost every character.

Brianna, for example, plays a large role in the plot and the ending of the film, but her personal story never really moves beyond unelaborated flashbacks in the film’s first half. Her brother and his partner show up a few times in an uneventful way that lends nothing to their characters or the story. Colman Domingo’s portrayal of Cabrini-Green resident William is wasted on a character that becomes plot connective nonsense, and Anthony’s narrative does backflips to more assertively connect itself to the lore of the first film and refine its mythos, creating a confusing experience for the viewer. Meaningful scares, character growth, and a deeper exploration of any of the dozens of thought-provoking ideas the film raises are exchanged for an overly complicated ending that works too hard to make itself a literal successor to the first film instead of a spiritual one.

The journey of Candyman is an interesting one – it’s not dull, or cookie-cutter, or unimaginative. The film has fresh ideas, bold visuals, and insightful commentary, and for some, that will be enough to make the venture a worthwhile one. But for me, the film is like a beautiful set of puzzle pieces that come together to form an incomprehensible image. I was missing that cathartic moment where the pieces clicked into place in a satisfying way. 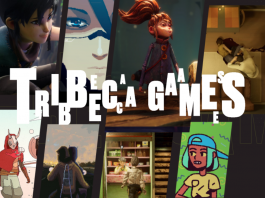 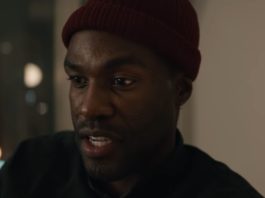 Studio Coffee Run 4/6/20: CANDYMAN is back on the calendar 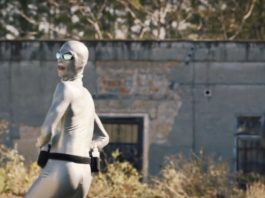 The Watchmen are here to tell you to wash your grubby...