A featurette from the extended edition of The Hobbit The Battle of the Five Armies has revealed what we suspected all along: Peter Jackson by his own admission didn’t know what the hell he was doing during the making of the bloated Hobbit trilogy.

In a shockingly candid piece, enlivened by awesome Kiwi accents, the filmmakers reveal that because of Guillermo del Toro’s sudden departure from the production, Jackson jumped in with not enough time to prep. Unlike the three and a half YEARS they took to make the Lord of the Rings films, Jackson had basically…no time. “I started shooting the movie without doing any prep at all,” he says. Actor Jed Brophy concurs. “We were still finishing Tintin and with little or no preparation we jumped into The Hobbit.” There was no time to polish the script r get it to the place it needed to be, as if we needed to tell you that.

Jackson appears in the featurette on the set with an immense coffee cup grafted to his hand, just winging a $745 million production , but looking dull and depressed, and obviously putting back on all the weight he lost as the shoot progresses.

“I spent so much of the Hobbit feeling I was not on top of it and making it up as I was going along,” Jackson says, stating the obvious.

But when the huge set piece of the Battle of the Five Armies started shooting he realized he needed time to figure out what the hell was happening. “I couldn’t wing it really. I did need to know what I was doing and have a plan. “Nothing had been formulated at all. I didn’t know what the hell I was doing.”
The production was forced to shut down for a year and the third Hobbit movie was pushed back form a summer to a holiday release in 2014.

While this story basically confirms every worst fear we had about the bloated, lifeless trilogy that was The Hobbit, it does make me have more sympathy for Jackson and more respect for the hugely talented filmmakers. The Hobbit movies aren’t entirely unwatchable, just really, really, disappointing and phony. But they don’t look quite like they were shot on the fly…just that the imagination that sparked the original trilogy had been stretched very very thin, like too little butter over too much bread.    https://www.youtube.com/watch?time_continue=5&v=SQkygZdZ_Vk 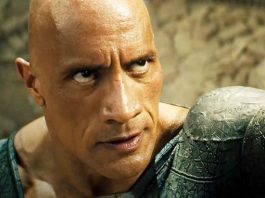 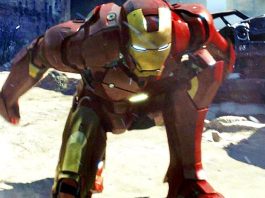 IRON MAN is the most ambitious movie ever to be inducted... 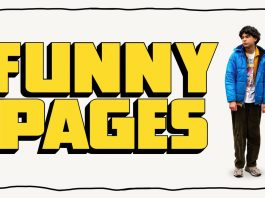 REVIEW: The FUNNY PAGES will break your heart, kid

ABOUT US
All the information you need about comics news, graphic novels, film, television, streaming, toys and fan culture!
FOLLOW US
© 2023 Superlime Media LLC