§ Deb Aoki is the Charles Dickens of Storify, You may know her from that other one we mentioned recently, but she also put together an epic compilation on manga translation based on her being a judge at the Manga Translation Battle in Tokyo. ONce again, if you are interested in manga at all this is all a must read, but here’s themost interesting graphs for you sale chart freaks:

JP manga magazine sales -50% in 15 yrs. tankobon sales look steady, but factor in that 2x as many were published… pic.twitter.com/CaVfgUEWQp

As you can see, manga magazine sales are down, while tankobon (collection) sales are pretty steady. But it’s a huge decline for serialized manga. Meanwhile, the US market is growing. But don’t get too cocky.

one other thing i should mention about those graphs i showed comparing US/JP comics sales. JP sales still out perform US by a factor of 10:1

§ As for the Mahou Shounen Breakfast Club kerfuffle, a few more posts of interest have been made. Matt Thorn, a well known manga professor who lives in Japan, planted a flag with Why it bugs me that you call your comics “manga”, whihch discusses the high standards for being considered a “mangaka” and why he feels it should mostly be applies to actual Japanese cartoonists. The competition is fierce:

When our program began, the entrance exams for the “story manga” program were so competitive that we sometimes accepted less than one in twenty applicants. The students who get into the story manga program are good. They are quite good. They draw well. They have a good sense for page layout and pacing. Their characters “pop.” Do you know how many of these excellent students ever get published in a commercial manga magazine? Probably about one in twenty. And do you how many of those will go on to become true pros, getting their own serials and making a living doing only manga? Maybe one in twenty. Do the math.

To the surprise of no one, this rubbed some people the wrong way and a long, thoughtful discussion ensues in the comments. Without getting into any of those touchy appropriation issues, it’s a fact that manga has taken off worldwide over the last 20 years (European publishers in particularly are shocked by its popularity) and ti should come as no surprise that people will want to create more in the style of work that they enjoy. You can argue that the manga influence is a good thing or a bad thing, but it sure is a thing.

§ There’s also a super tumblr storify rounding up all the discussion about MSBC here.

§ Finally, here’s a piece on a US artist who went to Japan to work in the Japanese animation industry and ended up being paid $25 a week, and that’s not even the toughest part of the experience:

Thurlow, whose credits at Japanese studios include Nakamura-Productions and Pierrot Studios, has ended up in the hospital three times due to exhaustion and illness. Amazingly, he still thinks the experience has been worth it because the anime projects he’s worked on in Japan have been more creatively satisfying than American productions.

§ It was International Woman’s day yesterday which sent us a feast of linkage and comics. The irreplaceable Zainab Akhtar presented 10 great cartoonists you need to know and presents 10 names as fresh as they are talented, including Seo Kim, Tiffany Ford, Hwei Lim and Bianca Barnarelli, above.

“We Are Entitled To Wear Cowboy Boots To Our Own Revolution” by Ellen T. Crenshaw 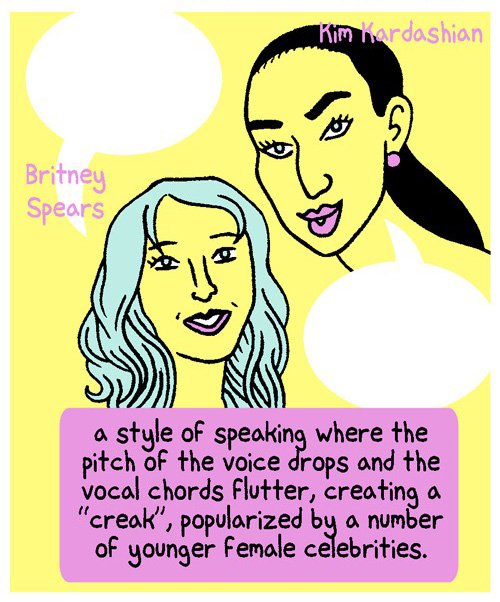 § The New Indian Express suggests Five Feminist Webcomics You Need to Follow ncluding Lucy KNisley and Girls with Slingshots, but I was most intrigued by Aarthi Parthasarathy‘s Royal Existentials which is sort of a Dinosaur Comics for India that takes classic art and adds contemporary balloons.

deep breath okay here goes. time to stop hiding, now's the time. i'm transgender and have been transitioning for the past year.

§ While all this was going on, men in comics also managed to stay busy. The NY Times has a great profile of retailer Socko Jones of Comic Book Jones on Staten Island. Soko is a pal and the store is one of the best laid out we’ve ever been to.

“We encourage loitering,” Mr. Jones, 41, said, heading inside and sitting next to a rack of vintage Jimmy Olsen comics. “We let customers read our comics cover to cover.” He added, “I never understood that boys-only, dark-basement approach to running a comic store where if you don’t know what you’re talking about, it’s like you don’t belong.” Mr. Jones was born Michael Rivas, but everyone in his life calls him Socko, including his wife and even his mother, who works in the shop, basically keeping her son in line.

§ Dark Horse is promoting Fight Club 2 with a contest for people to do cleve things under the Project Mayhem banner. Hopefully this will not include peeing in people’s soup?

§ And Martha and Alan Giroux of Phoenix, Az have successfully Kickstarted moving their store All About Comics to a new location.

RAPTOR by DAVE MCKEAN to be published by Dark Horse

Learn how to date the Riverdale way in the Archie Comics...

BLACK LIGHTNING Season 4 will be the last for the CW...

A Year of Free Comics: PIGPEN is the worst B&B