Home Top News Bill Watterson draws poster for Angoulême 2015, but will not participate in... 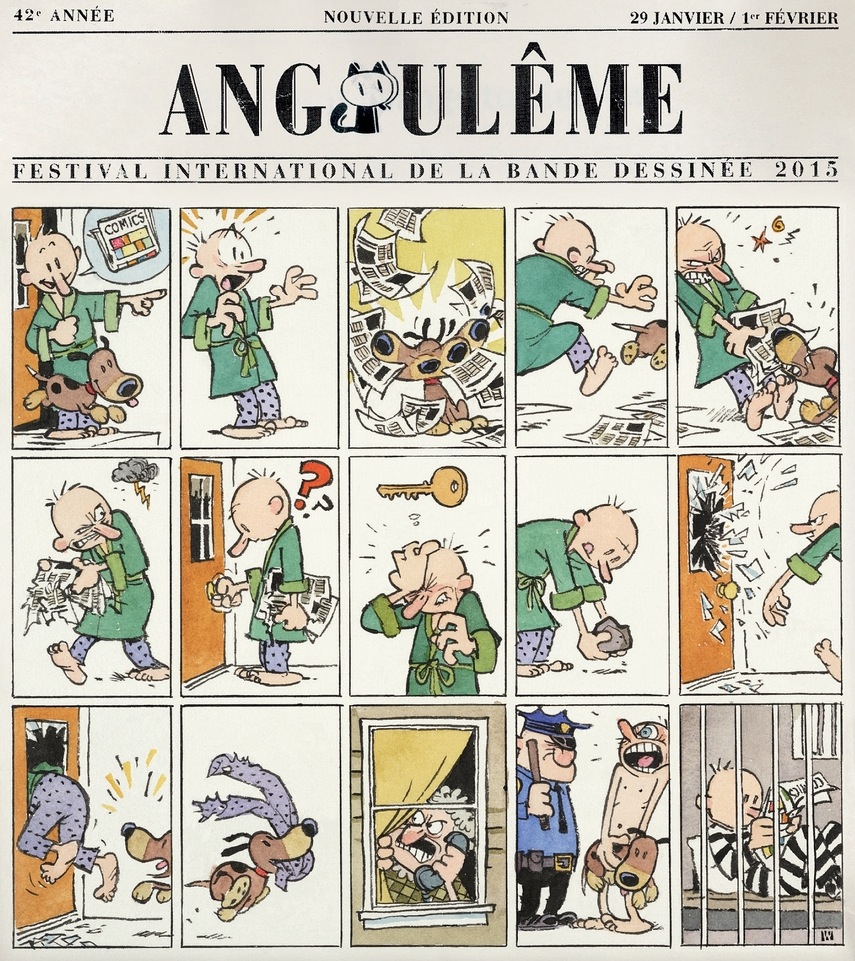 Updated, The Billy Ireland’s Library’s Caitlin McGurk has confirmed that she and Jenny Robb—who helped organized the Watterson art exhibit at the library—will represent him at Angoulême.

Earlier this year, the selection of Bill Watterson as the Grand Prix winner at the Angoulême comics festival created quite a stir. The winner is traditionally the “grand marshal” of the whole festival, helping plan exhibits and appearing at official events. (Or, as in the case of Willem, last ear’s winner, hanging out at Le Chat Noir until 1 am with everyone else.) It seemed a bit of a stretch for Watterson, but was it impossible?

Although the once reclusive Calvin & Hobbes creator hasn’t exactly turned into Taylor Swift, he makes occasional semi public appearances and is way more accessible in interviews. (If you call once or twice a year accessible.) When the win was announced, Watterson’s editor Lee Salem said he would try to tell him how wonderful Angoulême is, so maybe Watterson would make an exception for this so not a comic-con event?

However, an interview at the French language 20 Minutes website has not only unveiled Watterson’s poster for the festival but confirmed that the poster will be the full extent of his participation. The traditional exhibit of Watterson’s work will be based on the exhibit at OSU. According to the brief but news-packed interview, Watterson found the poster an interesting challenge, but did not use his Calvin and Hobbes characters because he doesn’t believe in using them to promote anything—even comics. But according to Google Translate, Watterson says “In this sense, I hope I have managed to express both my work and comics in general. And to pay tribute to what makes this medium so pleasant to read.” 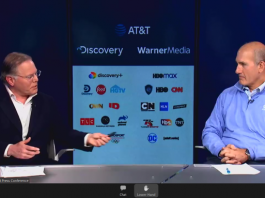 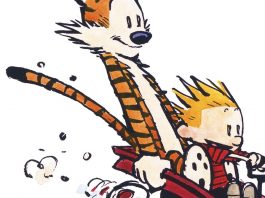 A Year of Free Comics: 25 years later, CALVIN AND HOBBES...

Comics periodical sales have been flat for 20 years – or...