Welcome back, Studio Coffee Folks! Over the weekend Joseph Mazello (AKA the Jurassic Park kid) announced that he’s hosting a watch party for the classic dino flick this week, so look forward to more quarantine activities! We’ve also got news on a Dan and Sam movie under development and an Artemis Fowl release date.

ICYMI: J.J. Abrams is set to produce 3 HBO Max shows including Justice League Dark and a The Shining spinoff.

Universal is developing a 2015 graphic novel

Mark Watson and Oliver Harud’s 2015 graphic novel Dan and Sam is now under feature development for Universal, headed up by Japanese director Hikari (37 Seconds). The comic follows Dan and Sam – a happily married couple and joint restaurant owners – in the midst of tragedy. Sam dies in an accident and Dan struggles to go on. By fate or magic, he’s given the ability to see her once a year until he falls in love again, leaving him with the difficult journey of mourning and moving on. Molly Smith Metzler, will handle scripting and adaptation on the project, per Deadline.

HBO Max aims to have the best dogs

HBO Max is leashing in another competition series with celebrity dog groomer Jess Rona. Hot Dog will pit three dog groomers against each other in a comedy competition riddled with challenges and accompanied by celebrity guest judges and hosts, with a panel lead up by Rona herself.  Making It EP Nicolle Yaron teams up with Jax Media for the show, which will include twelve thirty-minute episodes for its first season. HBO Max launches in May, and Hot Dog joins voguing competition series Legendary and design competition series The Greatest Space.

The Jurassic Park kid is hosting a watch party this week

This week, Universal Pictures, Amblin Entertainment, IGN and Cineflix are teaming up for a Jurassic Park watch party. Co-star Joseph Mazello (The Social Network and Bohemian Rhapsody), who played Tim Murphy, will provide commentary and behind the scenes details along with host Clint Gage and a few of IGN’s staff. The party begins on Thursday April 23 at 8:00 PM EST/5:00 PM PST on IGN and Cinefix’s YouTube channels – just make sure you bring your own movie! Anyone who wants to participate just needs to hit play on their copy of Jurassic Park at the same time as the crew, follow along the stream, Twitter hashtags #JurassicPark and #WFHTheater and check in on giveaways and mystery prizes from Mattel.

Artemis Fowl plans his Disney+ debut in a new trailer

Disney has announced the streaming premiere of Artemis Fowl, following the movie’s theatrical COVID cancellation. Based on the novel by Eoin Colfer, the movie follows the titular 12 year-old as he learns to become a criminal mastermind, find the ancient faeries’ most powerful magical device and use it to pay the ransom on his recently kidnapped father. Artemis Fowl debuts on Disney+ on June 12 (pushed back from its original May 29 release) is directed by Kenneth Branagh and stars Ferdia Shaw, Laura McDonnell, Josh Gad, Tamara Smart, and Nonso Anozie. Check out the new trailer above, and look for it in the coming months.

If you haven’t seen it already, here’s another look at Tom Hardy in Capone

From Vertical Entertainment, comes Tom Hardy’s Capone. The based-on-true-events story follows the Chicago gangster at a difficult time in his life as dementia eats away at Capone’s mind and he reckons with having been imprisoned for nearly a decade. All the while, harrowing memories of his violent and brutal origins melt into his waking life. Hardy is joined by Linda Cardellini, Noel Fisher, Jack Lowden, Matt Dillon, and Kyle MacLachlan and the pic is directed by Josh Trank. 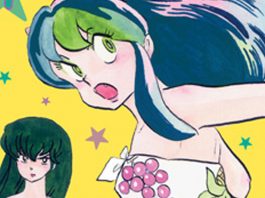 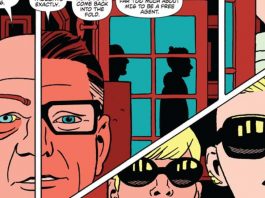 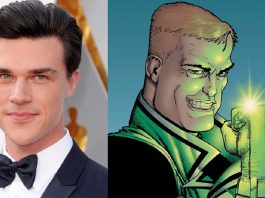