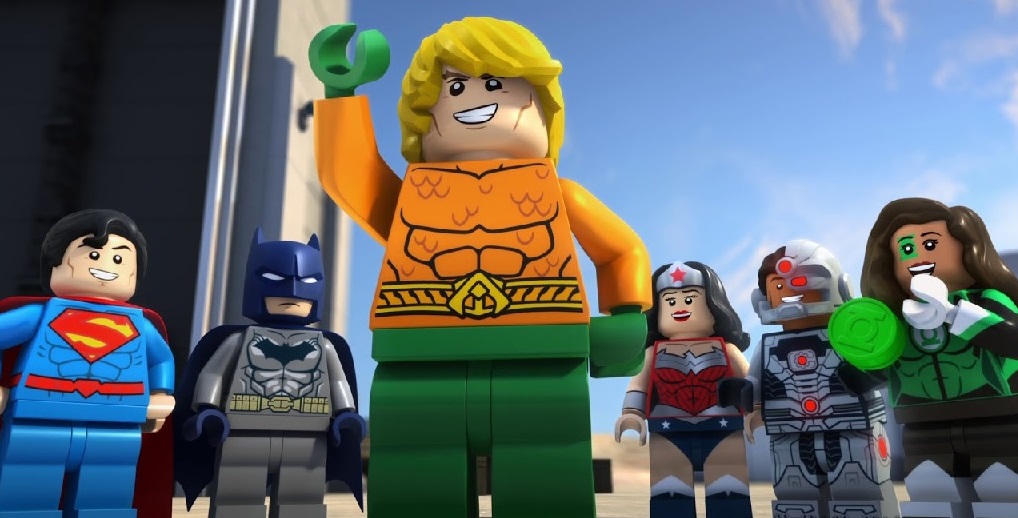 The year 2018 may be the watershed moment when Aquaman is truly taken seriously as a legitimate hero in DC Universe by the general public thanks in large part to the upcoming Aquaman solo film starring Jason Momoa. It’s no secret that Warner Bros. has been conducting a tremendous marketing push which was on full display at this year’s SDCC where the first trailer debuted. Between the movie and the toys, you can expect to see a lot more of the King of the Atlantis in the coming months. In fact, this week sees the release of LEGO DC Comics Super Heroes: Aquaman – Rage of Atlantis, the latest in the LEGO/Warner Bros. Animatin/DC Comics collaboration series of direct-to-video animated feature films.

For the cast and crew, the responsibility of doing the character justice was not lost on them. “We were kind of aware Aquaman has a little bit of a reputation and people like to poke fun at the guy who talks to fishes. There’s actually been a lot of stories I think where people have tackled that and try to make Aquaman cool. To us, he was always cool,” said producer Brandon Vietti. Likewise, director Matt Peters echoed Vietti’s sentiments citing the the 70’s Superfriends cartoon in addition to the work by comic creators Ramona Fradon and Nick Cardy as influences on this LEGO interpretation on the character. Unlike the previous LEGO DC Super Heroes films, there was some synergy and conscious coordination with Warner Bros. live action action film plans, with Rage of Atlantis serving as a potential primer for young viewers. Marveling at the enormous reach of the DC Universe in the last few years through different media, Vietti admires the opportunity to push these characters out to new audiences.

Troy Baker, who reprises the voice of Batman and recently became a father, sees these superheroes, in any iteration, as more than just mindless entertainment. “These are our modern day gods. These are our modern day myths and legends that we pass on. A friend of mine calls it a ‘generational trust’ that we have to impart onto the next generation and tell them that the reason that these characters exist is because they reflect the best part of humanity.” When his son is old enough, Baker plans to pass on his own love of these iconic characters to his own progeny.

Above all else, Rage of Atlantis is a fun movie that’s not afraid to go big and crazy courtesy of a hilarious script from screenwriters Jim Krieg and Jeremy Adams. Fully aware of the delicate balancing act of injecting humor while not ridiculing the titular hero, Krieg and Adams played with practically every Aquaman trope, most notably dropping the aquatic avenger in a dry lake bed, but all in service of the story. Indeed, in crafting the “ultimate fish out of water” tale, Krieg and Adams saw the possibility of incorporating Atrocitus and the Red Lantern Corps into the film as a catalyst to transport Aquaman to another planet. Though Aquaman’s evil brother Orm/Ocean Master could have easily been the only villain, the unconventional inclusion of Atrocitus presented a chance to liven up the project and go even wilder.

For Dee Bradley Baker, who voices the eponymous character, playing a “pompous yet sweet center stage superhero” was a bit outside his regular wheelhouse. Despite some initial misgivings, Baker nevertheless has an affinity with this particular take on Aquaman. “He’s a really sweet, nice guy. He’s vulnerable and a little insecure actually.” Besides the primary protagonist, Baker also provides the vocals for various creatures the film such as Red Lantern feline member Dex-Starr. Noting his improv and comedy training in SAK theater with Joel McCrary and Jonathan Mangum, Baker has always had a disposition toward the weird and unusual, best illustrated by his old standup act involving a giant praying mantis singing Mozart in German. It’s one thing to hear his creature vocals on a screen, but once you sit next to Baker and witness a menagerie of animal sounds ranging from a monkey to cricket chirps come out of his mouth, you’ll truly appreciate the unique talent that is Dee Bradley Baker.

Although the movie centers on Aquaman, the supporting cast is just as crucial most especially Mera, the Queen of the Sea and a hero in her own right. A character whose prominence in the comics has been rising in the last few years, Mera is voiced in this film by none other than Susan Eisenberg who’s no stranger to DC Comics. Best known for voicing Wonder Woman in Justice League and Justice League Unlimited, Eisenberg referred to any role in the DC Universe as “the gift that keeps on giving,” joking that having played a princess with Wonder Woman, she now gets to play a queen. It also checks off playing a LEGO character from her bucket list. In a sharp contrast to her past work as the Amazon warrior, the lighthearted nature of this particular project allows Eisenberg to showcase her comedic side yet still maintain a sense of regality inherent within Mera. Much like Wonder Woman, Eisenberg relishes that the last few years have seen a proliferation of leading ladies in the superhero genre and has great hope for future representation.

On that front, Rage of Atlantis also spotlights Jessica Cruz, the latest member of the Green Lantern Corps from Earth who also happens to be the first Latina Green Lantern. As the daughter of a Peruvian immigrant and a mother who grew up in Mexico, voicing Jessica Cruz is an incredible honor for actress Cristina Milizia. “Now there are little girls who are going to grow up of all different cultures and backgrounds and see a Hispanic superhero. I didn’t have that when I was a little girl and I know it would have made a huge difference to me.” The weight and pressure for Milizia as the first person to portray Jessica Cruz in any media outside of comics perfectly mirrors the character’s own challenges in accepting the Green Lantern mantle. As a result, Milizia did her due diligence researching the comics, pointing out a scene between Jessica and her sister Sara from an issue of Green Lanterns written by Sam Humphries as a personal favorite. Moreover, writer Jim Krieg revealed that Jessica’s story in the film is meant to parallel and compliment Aquaman’s own emotional arc to be comfortable in his own skin.

It goes to show you how sophisticated children’s entertainment can be, perhaps more than some people are willing to admit. I think we’ll be seeing Aquman get the respect he’s owed.  Producer Brandon Vietti said it best, “This is the story I think for any of the doubters out there prove why Aquaman has a position on the Justice League.

Aquaman must battle foes in the air, on land and in the depths of the Seven Seas, along with some help from The Justice League, to save the day in his latest animated adventure, “LEGO DC Comics Super Heroes: Aquaman – Rage of Atlantis.” Produced by Warner Bros. Animation, DC Entertainment and the LEGO Group, the film will be distributed by Warner Bros. Home Entertainment on July 31, 2018 on Blu-ray Combo Pack ($24.98 SRP), DVD ($19.98 SRP) and Digital ($19.99 SRP). Order due date is June 26, 2018.

In “LEGO DC Comics Super Heroes: Aquaman – Rage of Atlantis,” the King of Atlantis must make some difficult decisions to ensure the future of his ocean realm. Under attack from Atrocitus and the Red Lanterns, Aquaman realizes he must relinquish his sovereignty and go on a journey to regain his confidence before returning to his rightful throne. Along the way, Aquaman reunites with the Justice League – including Batman, Superman, Wonder Woman and newest member Jessica Cruz/Green Lantern – to conquer Atlantis’ latest enemy and reemerge as the ruler of the Seven Seas. 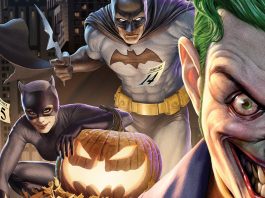 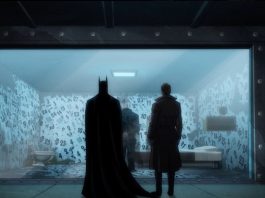 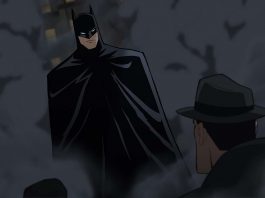