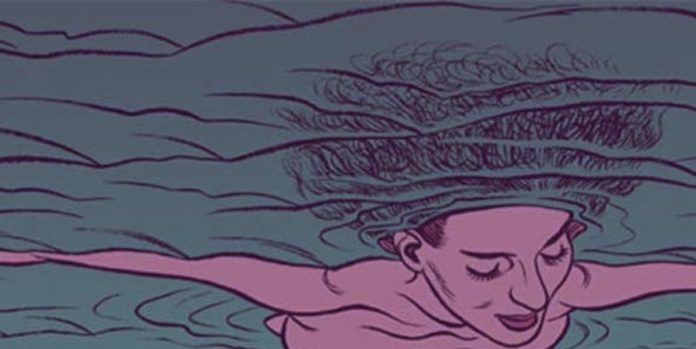 In Sandcastle by Frederik Peeters and Pierre Oscar Lévy, several groups of people find themselves trapped on a beach where the process of aging is dramatically accelerated. You’re already familiar with the premise, thanks to the marketing for Old, the new movie directed and produced by M. Night Shyamalan, which was inspired by this graphic novel.

Please do note that this review does include spoilers for the graphic novel; however, it is not really the type of story that can be spoiled. Even if you know the plot beats and the ultimate fate of the characters, Sandcastle is a narrative that is more about the time between the watershed moments, anyway.

Sandcastle was originally published in 2010, with an English version published by SelfMadeHero in 2013.

The graphic novel has now been rereleased in conjunction with Shyamalan’s Old, which I have not yet seen, but which piqued my interested regarding the comic: there’s something about the enigmatic premise of a beach that accelerates aging that creates an irresistible hook.

However, the narrative, which is translated by Nora Mahony, offers little in the way of explanation for the seemingly supernatural phenomena. There is an unseen force field keeping the characters trapped at the beach, but no concrete explanation is ever offered for this, either.

With these inexplicable conditions in place, the characters that arrive at the beach become trapped, and then rapidly age through to their deaths, with their accelerated lifespan lasting less than a full twenty-hours. At the conclusion of the narrative, the only survivor is the sole member of the “next generation,” having been conceived, birthed, and aged-up to adulthood the previous day, and then left to fend for themselves tomorrow.

It’s an interesting and affecting story, and that haunting final image is sure to stick with you. But it wasn’t until after I had read the narrative once through that I finally read the premise, and once I had, I gained new appreciation for the re-contextualized narrative of Sandcastle.

Translated by Edward Gauvin, the preface is by Sandcastle writer Lévy. Over the course of two very dense pages, Lévy explains that in the 1970s he has been pursing the goal of making a documentary about climate change. While he was never able to complete that project, since the initial publication of Sandcastle, Lévy has been able to include a segment in one of his documentaries that addresses the sixth mass extinction event.

As the preface explains, while a cataclysmic event like a sixth mass extinction may be imminent, as individuals, we are not sure how to relate to this information.

Lévy goes on to include another anecdote in the introduction: while his father was fighting in World War II, his grandparents, an aunt, and several cousins remained in France, and they were subsequently captured by the Nazis and sent to Auschwitz. One of the cousins survived the experience and later related in a letter that on the train trip to the concentration camp, the captured people spent the whole trip arguing with one another.

These two pieces hold the key to understanding Sandcastle.

The characters in Sandcastle are trapped with each other in a dire situation: the rapid aging phenomena. However, over the course of the narrative, the cause of this occurrence is never explained. Is it man-made, or naturally occurring? This question is irrelevant: what matters is that the individuals are trapped together and facing these distressing circumstances.

This creates a situation in Sandcastle that is analogous to climate change. While certain parties may attempt to steer the conversation to a long analysis of “what caused this” or “who bears responsibility,” these questions are less important than the navigating the reality that is being faced.

And the second element from the preface that re-contextualizes the narrative of Sandcastle is Lévy explanation of his historical family tragedy.

For one thing, just like the people on the train car being transported to the concentration camp, the characters in this story spend a lot of time fighting with one another, which ultimately accomplishes very little. The narrative does seem to look more favorably on those that spend their time fucking… but then, that’s also what brings about Sandcastle’s haunting final image of the adult child attempting to navigate an unfamiliar world with no guidance, providing an extremely effective metaphor for intergenerational trauma.

Trapped In Here With Me

Like the inevitable accelerated aging that the characters in Sandcastle all face, everyone on Earth faces the inevitable process of climate change. But as the situation gets increasingly dire, how will we treat one another?

Sandcastle doesn’t have any comforting answers, but it will leave you thinking about how humans interact in the face of oversized danger, and what it means to live in the shadow of the inevitable.

Plus, the graphic novel offers an engaging depiction of a group of characters dealing with shared trauma… and in the years to come, climate change will be bringing us all plenty of shared trauma.

Sandcastle is available at your local bookstore or public library today. 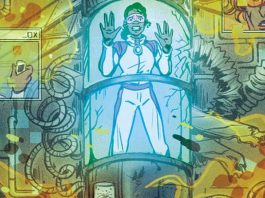 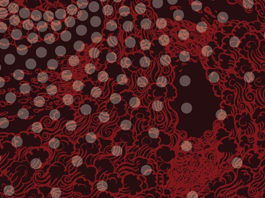 INDIE VIEW: ‘Lupus’ is a science fiction epic of the human... 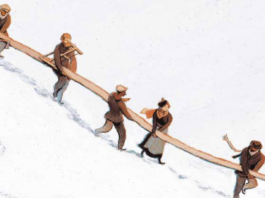