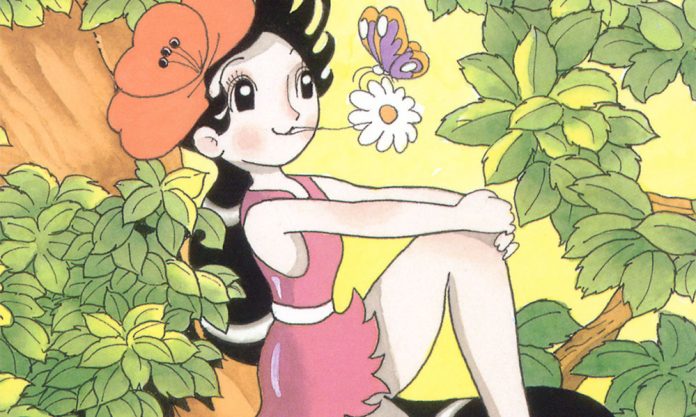 Osamu Tezuka wrote about everything from Buddha to fascism and gave the world its favorite little boy robot. He’s known for a hundred different things and involved in just as many others that most don’t know were his. Practically every manga he’s done is a venerated smash, to the point of a few series having some obscene paperback prices. He’s a legend, but one that didn’t really speak to me. Until I found one of his books that wasn’t about a shadow doctor or a demon hunter or any of the other boys’ stories that regularly accompany his name atop lists: my Tezuka first love was his shōjo work, girl comics, a prince and princess separated at birth. And it’s the end of the ’50s, so when we say girl comics.

But what do girls want in a comic? Swashbuckling, magic, samurais, detectives, deceptions, angels, delinquents. Lots of jokes. Tezuka understands (and delivers).

These books are branded as fairy tale romance, but they have all the thrills, clashing duelists, close calls, and lost lives of the boys’ adventure yarns that were their contemporaries. Plus romance! The princess loves the artist who moonlights as a criminal, and only a guardian angel — who is also a cloud — can foil gangsters and sate royalty to fix their relationship. There’s pining and pearl clutching, but the romance is also Romance, one brandishing a blade to do what’s right — though of course Tezuka’s take on Prince Valiant is maybe more Nancy screwball antics than melee combat.

It’s fun, and even when things get choppy for the leads you know there’s a happy ending coming eventually. They’re fairy tale-ish kind of stories (mostly), with genre conventions to match. With switched faces at birth, a trickster sprite turns sweet, actually, and the mask to hide the princess’ face leads to intrigue. Courtly deception, one heir is stolen away and another has to live a double life in their place, until circumstance and swordplay bring them back together. A story starts out in a castle but moves naturally to the flophouse. Talking animals and angry spirits, monsters in the forest that gobble up children, and gangs of bandits who save them (by hiding them in a giant loaf of bread).

Folklore aficionados and other classroom regulars will be familiar with the focus on story over history. Iconic characters you meet and run with. The story of Little Red Riding Hood doesn’t normally spend time recalling the conditions under which grandmother fell ill or the days before the woodsman was old enough to swing an axe. You get busy with what they are up to. Tezuka’s Kokeshi Detective Agency. Pako, third grade, is incredibly observant, inquisitive, and fearless. She solves crimes. That’s it, off you go.

I guess that’s what qualified them as girls’ comics. The detective, the fairy, princess, kenshi, outlaw queen, crossdressing swashbuckler, the heroes of the stories are all heroines. The gender binary sucks, it was used to hurt people then, when the industry was drawing dividing lines in print, and it is used to hurt people now. The idea that what makes these comics for girls is they are about girls is insipid. Tezuka’s dated but teachable shōjo comics are a blast because he subverted the norms, the girls who wouldn’t stay home when told to are raised up to the station of hero. They feel every bit the shōnen story, maybe even a little more sophisticated? The action that was supposed to be purely boys’ books’ territory is just as present, but there’s a bunch of examining gender roles and class expectations where the nosebleeds or BM jokes would be. She’s got powers beyond those of ordinary people, and she uses them to be kind.

The Storm Fairy is a collection of shorter serials. The titular first part is a proper fairy tale, mischievous pixies switching faces at birth and fates with them, the wandering knight errant, princess in exile, duplicitous vizier. A nice novella length story, where the next serial, the fearless little girl detective, feels more episodic. Crime of the week, comedic confrontation and even more absurd resolution, repeat. The final third featuring the sunset cloud who uses her magic to play guardian angel for the helpless and in trouble is a bit of both, a more winding path to that happy ending, just watch out for the rival rainclouds. The Storm Fairy is published by Digital Manga Publishing, translated by Steven LeCroy and lettered by Jaedison Yui.

The Twin Knights is a single story, a one-and-done sequel that’s readably independent from and by most accounts better than the manga that preceded it. Sister must masquerade as brother after he’s stolen and abandoned. He’s raised by magic deer and made a man by roving Romani roustabouts. She’s living a double life engaged in repressed romance or fierce fencing with the same man (or his jerk brother) depending on the identity she’s wearing. Bringing the two twins together creates monsters, mayhem, magic, you get the idea. The Twin Knights is published by Vertical Inc and translated by Maya Rosewood.

The big sell for these books’ look is they are also very ’50s and feel it. I was drawn to Tezuka’s work by his iconic, vintage simplicity, right there with Walt Disney and Ub Iwerks in creating the aesthetic that would define the time. I saw Snow White (with a dash of Little Nemo) in the creatures of the forest in Twin Knights. The Edo period in The Storm Fairy sure reads like A Touch of Zen but fashioned by the king of ducks Carl Barks. These books really are extra-pleasing on the eye if you enjoy the old time good stuff.

Tezuka’s art is deceptively simple at first glance. Cherubic, stocky figures, so retro! The broad operatic gestures are streamlined like a pinstriper. Super Uderzo also. Then see the patterns on the clothes, the delicacy and detail. The castles, cities, scenarios that surround the girls follow through immediately behind, and then you’re a little surprised you could’ve ever felt panels so busting with work were unembellished. Tezuka fills the page as water fills the pitcher. There’s a Geof Darrow, Evan Dorkin panel and page density thing happening, just as subtly. Not simple at all, Tezuka is someone who knows how to do everything enough.

Maybe we should feel bad for the boys. The mainstream publishing machine of the past (and its contemporary sycophants) might’ve wanted to sequester action for one group and affairs of the heart to the other, but even back then we have these great books, Tezuka tossing the rules to the wind a half century ago and having a good time doing it, and the reader does, too. It’s as if the divisions between boys and girls are largely illusory in the first place. Well, these fairy tales have curses and swords. Step beyond outdated expectations and one can have it all. And why would you want to read a story without heart? 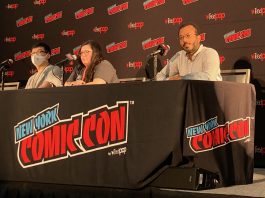 NYCC ’21: The Meet the Manga Editors panel tells you what... 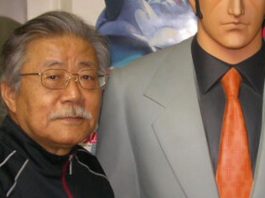 Remembering the work and legacy of manga auteur Takao Saito