With The Avengers still alternately hammering and smashing box office records wherever they go, anticipation has already started building up for the next phase of Marvel’s multi-year plan to ultimately become so successful that Dan Slott can write a Squirrel Girl movie and have it hit #1. Sequels to Captain America, Iron Man and Thor have all been announced, and while Chris Hemsworth 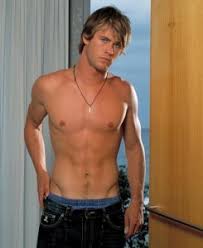 has been talking up the possible villains for Thor Too, most of the recent debate has swirled around director Shane Black’s vision for Iron Man 3. You’ll remember Iron Man 2 with fond memories, of course, and how wonderful all the subplots and persistent minor characters were. That scene, with Iron Man talking endlessly to Nick Fury about things that were in no way important to the plot or progression of the film? Classic right? Well now it looks like Shane Black is going to keep sub-plot fans rolling in clover, and just throw anything he can at the screen to see what happens.

On top of reports that Ben Kingsley has been in talks to play the classic certainly-not-racist villain ‘The Mandarin’ in the movie, now come reports that James Badge Dale, a man no stranger to endless subplots after a season of nothing happening in Rubicon, may be playing ‘Iron Patriot’ in the film. You may be confused at this news, as Iron Patriot was in the comics a costume worn by Norman Osborn during Marvel’s sadly under-subplotted ‘Dark Reign’ branding, and Normie surely isn’t allowed outside of the Sony studio. Well, yes, it is rather strange, but it looks like Marvel have co-opted the design to fit in with Iron Man’s themes (militarisation, patriotism, big metal suits with blammblamm guns)

Hopefully with all this – oh and Extremis too, that’s showing up at some point too somewhere – appearing in the movie, Black will still be able to find a few minutes for Tony Stark to grow an emo fringe and start belting out swing numbers to Bethany McCabe, even while Pepper is sat right there you guys.

Online Comics Events for Everyone!

Dwayne McDuffie Award winner to be announced online this Saturday

RECAP: FOR ALL MANKIND S2E1 — “Every Little Thing”