Today marks the centennial of Charles Addams, born January 7, 1912.  In celebration, Google, in cooperation with the Tee & Charles Addams Foundation has created a Google doodle, seen above!

Addams was renowned for his macabre cartoons which appeared in the New Yorker, and for his iconic “Addams Family” pictured above.  Those characters, later “fleshed out” (so to speak) for television, also inspired a cartoon series (spun off from Scooby-Doo!), a variety show (pilot only), a television reboot, two movies (and possibly a third, animated feature from Tim Burton), a Broadway musical, video games, even a pinball machine!

Like many New Yorker cartoonists, he has numerous iconic cartoons.  Unlike most, a large majority of his work is silent, which requires the reader to puzzle out the punchline, which makes it that more memorable.  Perhaps that is why he had so many New Yorker covers:

He served as an inspiration to many, from the Wednesday goths who also read Edward Gorey, to Gahan Wilson who continued in his footsteps.  The allegorical and magical gags in his cartoons are the predecessors of gags found later in Gary Larson’s Far Side and Mark Tatulli’s Lio.  For today’s cartoonists, he’s an example of a creator who retained control of his work and profited handsomely via the various licensees. 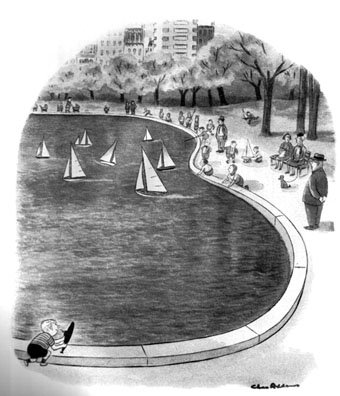 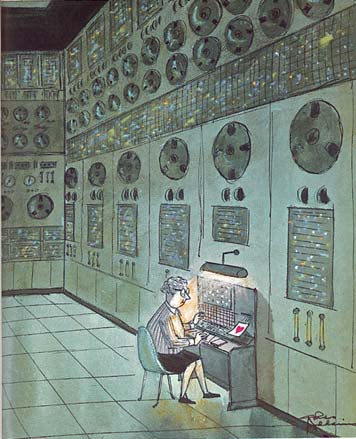 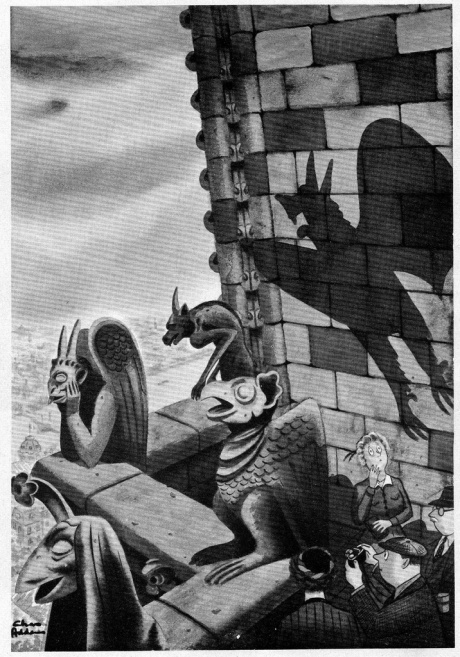 An interesting footnote:  Charles Addams illustrated Ray Bradbury’s Homecoming for Mademoiselle magazine.  A planned collaboration for a collection of stories about the Elliott family never materialized, but Addams’ illustration was used for the cover.  (It was later adapted by Steve Leialoha in the third volume of The Ray Bradbury Chronicles.)

If you’re in New York, head (ha!) over to the New York Public Library, where a rotating exhibition of his drawings is on display outside the third floor Men’s restroom.

INTERVIEW: Everything you ever wanted to know about Google Doodles (but were afraid to ask)