Less than a week after the casting announcement of Alan Tudyk as the villainous Mr. Nobody in the DC Universe streaming show Doom Patrol, actor Timothy Dalton has joined the cast as Niles Caulder a.k.a. The Chief. 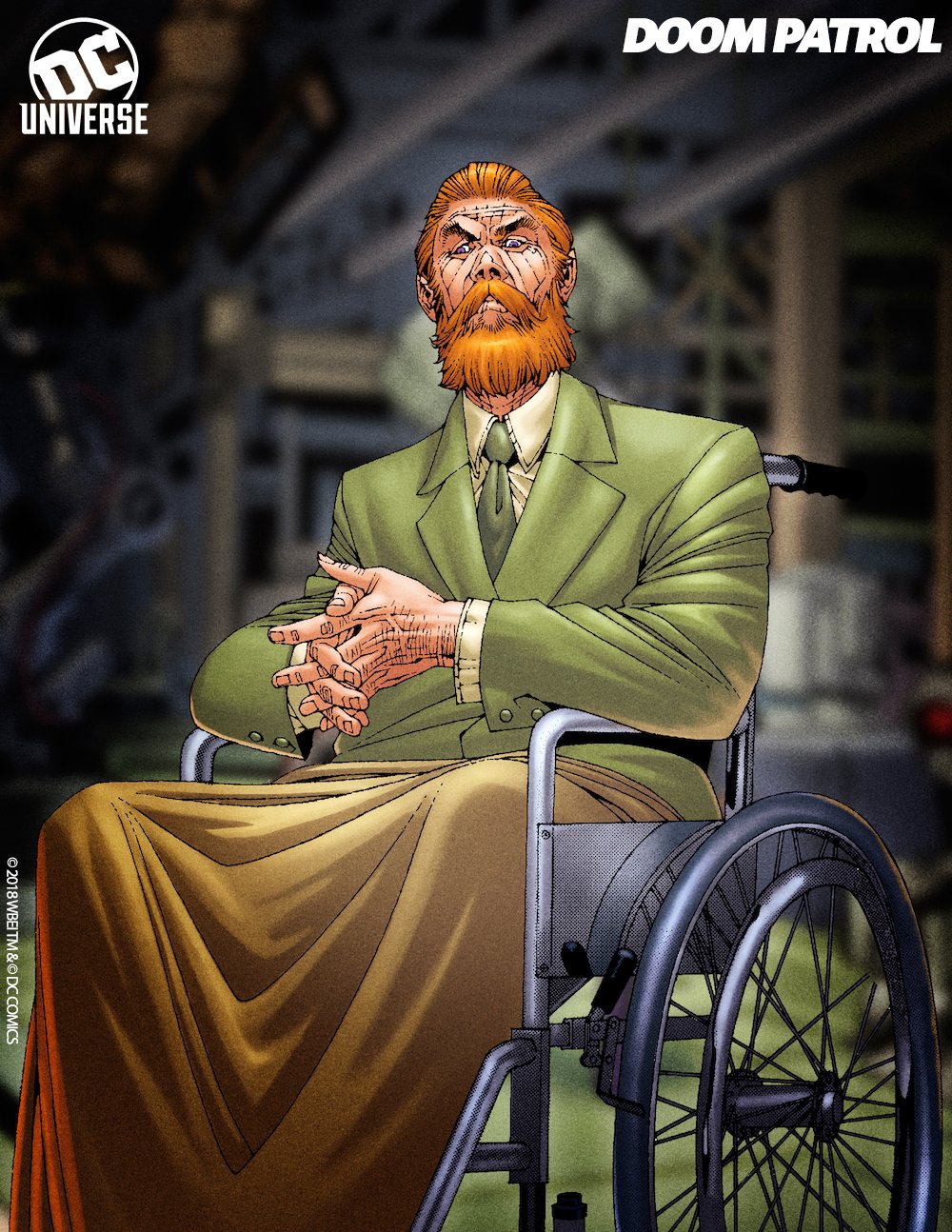 Genius. Visionary. Accomplished. Eccentric. Maybe a little insane. Dr. Niles Caulder, known more informally as “the Chief,” is the wheelchair-bound scientist who traditionally leads the quirky band of heroes called the Doom Patrol. Caulder is, in a word, brilliant. And so is this casting choice.

It was just announced that acclaimed actor Timothy Dalton (James Bond, Doctor Who, Wuthering Heights) will be playing the role of Caulder on Doom Patrol, the upcoming live action series based on the legendary comic book series. Having played both heroes and villains on screen and stage, Dalton should be well suited to the character, who has historically been a bit of both.

According to the Chief’s Doom Patrol character description, Dr. Caulder is a pioneer in medical science, searching the world over for those on the edge of death in need of a miracle. Brilliant, but controversial, Dr. Caulder will stop at nothing to help those he believes are in need, including his collection of strange heroes known as The Doom Patrol.

That “controversial” note may prove to be key. In Grant Morrison’s infamous run on the comic series, the Chief was revealed to be plotting to destroy much of the world in an attempt to restart human society. He was stopped by the Doom Patrol (getting decapitated in the process, which led to him living life as nothing more than a conscious, cryogenically preserved head for a while), and eventually seemed to recant his beliefs and once again become a force for good. However, as seen in Gerard Way and Nick Derington’s recent run on Doom Patrol, his ideas are still misguided and as a result, the team is pretty wary of him.

It’s unknown whether the show will follow a similar path with the character, or keep him as a largely heroic figure. Either way, Dalton should be up for the task. Best known for his stint as James Bond in both The Living Daylights and License to Kill, Dalton has been a presence in film since the 1960s, where he made an impression in both The Lion in Winter and Wuthering Heights. Genre fans will probably know him best from his roles in cult faves Flash Gordon, The Rocketeer and Hot Fuzz, and his appearance as a villainous Time Lord in Doctor Who opposite David Tennant.

While I was personally hoping that the casting rumors of Kelsey Grammer would come to fruition (the fact The Chief shares the same first name with Frasier’s brother notwithstanding), you can’t really complain with the final choice. Funny enough, this will be Dalton’s second time working with Brendan Frasier (who will be playing Cliff Steele/Robotman), the first being Looney Tunes: Back in Action.

Doom Patrol is a reimagining of one of DC’s strangest group of outcasts: Robotman, Negative Man, Elasti-Woman and Crazy Jane. Led by the mysterious Dr. Niles Caulder they’re called into action by the ultimate hero for the digital age, Cyborg. Banding together these rejects find themselves on a mission that will take them to the weirdest and most unexpected corners of the DC universe.

INTERVIEW: Zeno Robinson reveals the influence the STATIC SHOCK cartoon had on his voiceover career

Supergirl and Brainiac 5 take flight in new clip from LEGION...

INTERVIEW: Yuri Lowenthal keeps it in the Superman Family as Mon-El...

CAKE is coming back to Chicago in June