Nothing can stop the force that is Dwayne McDuffie Week!

While Dwayne McDuffie is primarily remembered today for his deep superhero action stories, it may be hard to believe that early in his career he was pigeonholed as a comedy writer. The majority of photos you’ll find of McDuffie feature him with a serious expression on his face which belie his incredible gifts as a funny man, best exemplified in the amazing Damage Control concept he created for Marvel. Decades before DC Entertainment copied the basic premise with the short-lived television show Powerless, the concept of a workplace sitcom set in a superhero universe was conceived by McDuffie during his time in the 80’s as an assistant editor at Marvel  (read the original pitch here). As McDuffie noted, the fact that Marvel actually approved his pitch from an unpublished writer who hadn’t yet even demonstrated he could write a whole issue let alone a new series was a remarkable feat in and of itself.

Damage Control, a fictional construction in the Marvel Universe specializing in repairing the property damage caused by superhuman skirmishes, is such an obvious idea that you wonder why nobody thought to do it sooner. Although serving as a parody of the absurdities of Marvel and comics in general, the comic was actually a brilliant “meta narrative commentary” (a reoccurring  McDuffie writing technique) to deconstruct the complex structure of Marvel’s shared universe not unlike how filmmaker Edgar Wright deconstructed conventional film genres like zombie and action movies in his “Cornetto Trilogy” only to rebuild and reinforce them by the end. McDuffie using a construction company to deconstruct comics is simply icing on the cake. Marvel published a Damage Control tie-in story with Civil War 2 as part of an anthology series, the first major Damage Control comic not penned by McDuffie. It’s not a bad story by any means, but it misses the mark entirely of what McDuffie was trying to accomplish.

Though Dwayne’s work with Damage Control may be revered now, at the time it wasn’t well received by the entire Marvel offices. As a result of his comical take on the Marvel U, McDuffie was often seen as subversive by some at Marvel. Luckily, McDuffie still had support at the publisher like his friend and colleague Gregory Wright and legendary Marvel editor Mark Gruenwald who loved Damage Control which appealed to his continuity-minded sensibilities. Back in 2015, ABC announced plans to develop a live action Damage Control pilot which unfortunately appears to be in limbo. Perhaps the appearance of Damage Control in the recent Spider-Man: Homecoming film, officially establishing the company in the Marvel Cinematic Universe, will reinvigorate television plans or dare I say…a movie! Stranger things have happened. I’m just hoping they give Dwayne McDuffie a long overdue creator credit.

Until that day, do yourself a favor and read McDuffie’s sublime Damage Control work collected in an easy to purchase TPB. Here’s a taste of what to expect with 5 of my favorite Damage Control comic moments.

#5 Wolverine Gets Hit in the Face with a Pie

Responding to a disturbance at the X-Mansion, the Damage Control crew and X-Men are assaulted by Danger Room simulacrums of comedy legends including Groucho Marx and the Three Stooges. Over the course of the story, the X-Men’s resident badass Wolverine endures that ever so reliable comedy gag of getting hit  in the face with a pie. This is a little bit of an in-joke on McDuffie’s part as he said in his Marvel “ProFile” in the Marvel Bullpen Bulletin page that the reason he got into comics was, “So I could hit Wolverine in the face with a pie.” Incidentally, Christopher Jones fulfilled this goal at the closing ceremony of CONvergence when Dwayne personally hit a drawing of Wolverine with an actual cream pie. Check it out!

When I went back to school to attain my master’s degree in marketing, I owe a great debt to Dwayne McDuffie’s Damage Control comics for influencing that decision particularly  through the character Henry Ackerdson, the bungling Vice President of Marketing at Damage Control. The character’s incompetence to succeed in any of his endeavor while still maintaining his job is something to behold providing me the blueprint of what not to do in business. I can’t help but wonder if McDuffie had the ability to see into the future because the marketing problems Damage Control encounter within the comics ring true to many of Marvel’s current publishing woes. In fact, Ackerdson’s plan to sell dog plushes of the company mascot Fluppy, calls to mind all those Lockjaw plushes Marvel put out as part of its Inhumans push. After the travesty that was the Inhumans television show, I like to imagine the unsold Lockjaw stock being re-purposed as Fluppy dolls.

Some brief background. Around the time McDuffie pitched Damage Control, he also pitched a She-Hulk book with Robin Chaplik. When creator John Byrne came back to Marvel after rebooting Superman for DC Comics and requested a She-Hulk book, the assignment naturally went to the established talent. Nevertheless, Chaplik and McDuffie’s material was adapted into the She-Hulk: Ceremony Bookshelf mini. However, Byrne took umbrage with certain story elements in the mini, particularly a story bit involving She-Hulk shaving her legs to no avail. Brian Cronin detailed the specifics in his Comic Book Legends column here. You gotta admire Dwayne for having the gumption to make a not so subtle dig at his Editor-in-Chief calling him cheap!

It doesn’t take a genius to realize that the initials of “Damage Control” happen to be the same as Marvel’s Distinct Competition. Over the course of the second volume of Damage Control, the company moves into a gaudy new building with the initials “DC” emblazoned that makes the Titans Tower look subtle. By the end of the series, order is restored and the building is sold off to DC Comics, cleverly referencing the success of the first Tim Burton Batman film. 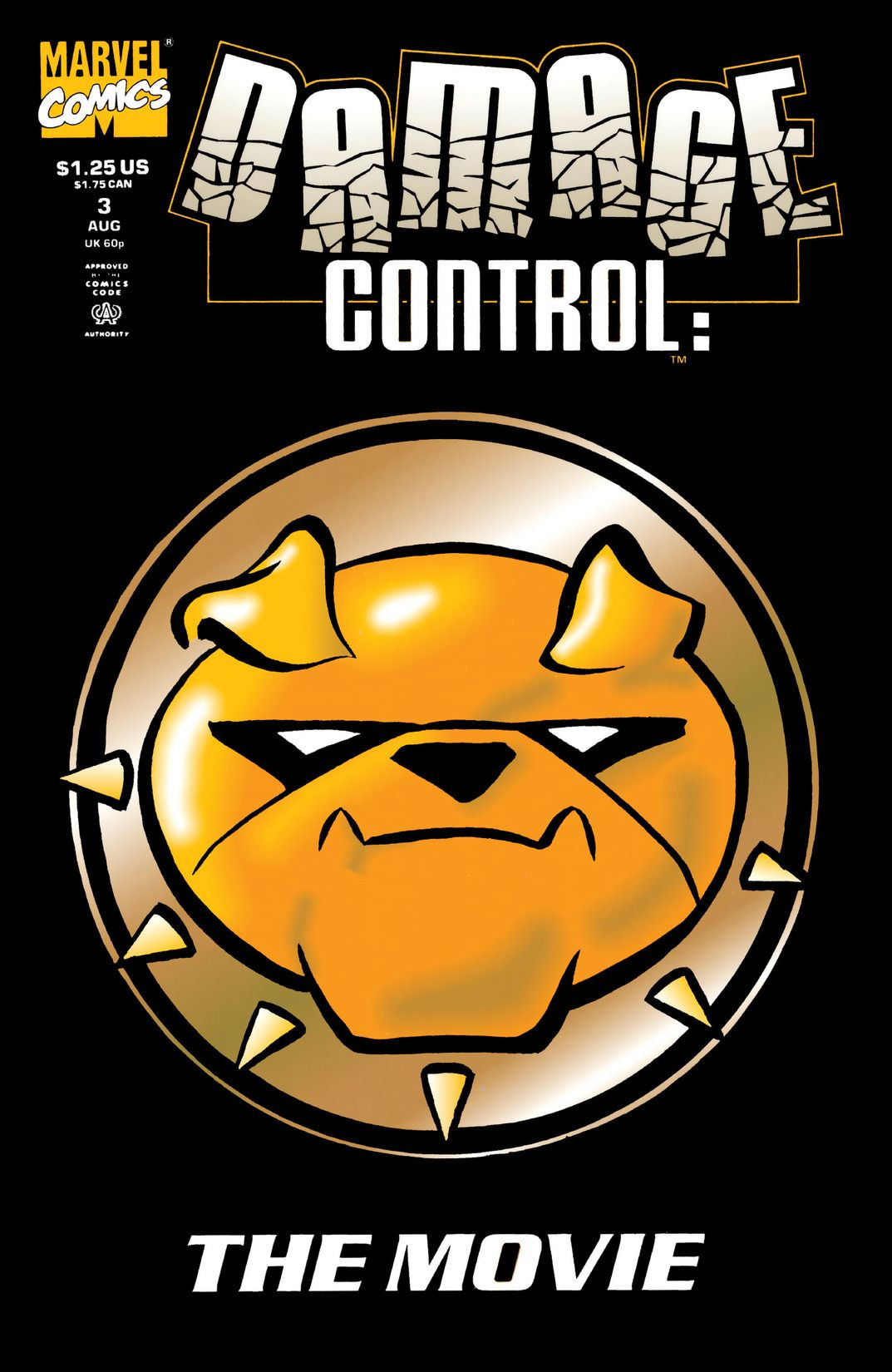 In the third miniseries, Henry Ackerdson was at it again to improve Damage Control’s image with his boldest idea- DAMAGE CONTROL: THE MOVIE! The final result in issue #3 leaves a lot to be desired among the staff. I don’t want to give too much away, but I will say expect appearances by some of the biggest stars at the time. The glut of comic book adaptations in media today make McDuffie’s satire and commentary on the movie industry resonate more than ever. Interesting tidbit, back when Marvel optioned the film rights for its various properties to different studios, a Damage Control film was in development at Village Roadshow. It’s anyone’s guess what it would have looked like, but apparently it featured the Squadron Supreme as the villains. Dwayne’s friend and colleague, writer Jim Krieg, was actually asked to give a pitch at one point.

EXCLUSIVE: Check out covers and solicit info for three Spring 2023...

INTERVIEW: Wrenn Schmidt on FOR ALL MANKIND, doomed romance, and being...

Things are heating up for CAPTAIN AMERICA titles ahead of Cold...