Home Entertainment Video Games Going In Blind: BLACKSAD: UNDER THE SKIN is layered with sights, sounds,...

Mysteries can sometimes be a little too procedural. Find the clues, find the suspect, give chase, wash, rinse, repeat. When mystery translates to the medium of video games, it can be like that, too, or puzzles will come in — for better or worse. That’s not how it felt playing just about an hour of Blacksad: Under the Skin.

In truth, not many people are familiar with my love of mysteries! Playing L.A. Noire with my partner was a fun, fairly recent return to the genre for me that reignited my adoration, but there are some issues I have with the story of detective Cole Phelps and how you progress through it. Video games are an interactive medium, so it’s hard not to feel limited and have my immersion broken when I can’t look at one thing or another, ask particular questions, or even just organically pull together clues and solve things. It feels stiff, reminds me I’m confined to a set way of obtaining the desired outcome. Basically, I don’t want a case to feel like math.

As successful as L.A. Noire is with hooking me with the start of each case, watching dangerous scenarios play out or hearing an unusual crime scene, as each one progresses, it starts to feel monotonous. Look around, find x number of clues, interrogate witness in the correct pattern to get your answers and receive a score. It starts to feel like that aforementioned wash, rinse, repeat scenario. And those things coincide with the fact that this is a linear story with one ending. Cole is a character with a specific path laid out based on who he is as a person and what he’s experienced. I can sincerely appreciate that! But what if you want a little more input when it comes to your protagonist’s fate? Well, I got the impression that Blacksad: Under the Skin provides that unique spin on things, plus some fascinating new mechanics.

Blacksad is one of those things that I was always extremely intrigued by, but never had a chance to look into. So naturally, when the opportunity arose to try out the title’s upcoming VIDEO GAME, I couldn’t have been more engaged. Now you can read a great interview with co-creator Juan Díaz Canales about the comic and the game by The Beat’s own Ricardo Serrano Dennis, and I highly encourage you do, but I decided to engage Under the Skin the way I think plenty of players could: as something completely new, with no knowledge of the comic.

Be prepared for some EXTREMELY mild spoilers if you don’t know the story.

So right off the bat, the opening menu gives away the catalyst: a hanged cat man is discovered in the middle of a boxing ring. His body gently turns in the foreground of the shot while a woman enters the room, going about what is clearly a routine, walking by the ring shuffling through a set of keys, heels clicking against the wooden floors. A moment passes before her off-screen shriek cuts through the empty gym. This is the setup, which indicates we’re in for a dangerous time with no pulled punches to be found…

Well, before learning what that lovely introduction is about, we’re introduced to the titular Blacksad, a tired, struggling private detective, sitting against his cluttered desk and having a smoke, just before a rhinoceros mobster barges in shouting about photos of an extramarital affair. Putting the scenario into words sure sounds trippy, but it’s equally enthralling. Who is this? He looks pretty mad. Why would you anger a guy with a giant horn on his nose perfect for impaling your broad feline chest?

Now, I’d like to acknowledge that the demo I played was in fact an earlier build — one very, very close to final, mind you, but still prior to a few minor fixes based on feedback given by players at GamesCom. With that disclaimer aside, I didn’t actually encounter many issues.

However, I mention this fact right at this point because I actually died five times in this single introduction segment. Twice, poor John Blacksad had his neck snapped; another time he was gored by that previously-noted fat nose shiv; and two more times, he was straight up shot. The cause of my frequent, immediate failures? Quick-time events. I am not too good at these to begin with, so I assumed this was all my own fault. However, the product management members beside me noted this was one of the criticisms previous players had: these button prompts were calibrated in an unforgivably precise way.

My photographer, Leo, noticed this as well, when he later took the game for a spin. One of the representatives explained the visual queue after the first failure and from then on, Leo was successful with them.

So once that mess concludes and you’ve successfully subdued your attacker, you’re presented with a choice: claim moral depravity was the downfall of the rhino’s marriage, let him off with a warning, or show his wife the photos anyway because, well, fuck you. Even though I was, as usual, compelled to act on what I felt was the right thing (first option), it was cool to find there would be multiple choices in answers and attitude like those I’d experienced in BioWare games such as Dragon Age: Inquisition.

But these choices, as they continued during my play time, feel less enigmatic than that of Inquisition. See, the former includes these unique stained glass images on your dialogue tree that indicate your attitude towards the scenario you respond to; this is clever, but typically it’s 50/50 whether the words out of your character’s mouth resemble the choice that clearly or just end up becoming cruel, unexpected demands! (L.A. Noire did this as well, with even less prior indication.) Blacksad, on the other hand, is easier to read before you choose, which ties into the menu option “Your Blacksad.” This is a list of character traits on opposing spectrums and percentages; it’s showing what kind of person your Blacksad is, whether he be morally upright, corrupt, strong and silent, stealthy, clumsy, swift, even financially successful or broke. All of these traits are affected by your choices, presumably foreshadowing the type of ending your play-through will have. I find that to be a fascinating, woven tale of its own.

As I continued, new characters emerged to explain that first scene and thus the game’s premise, per Wikipedia: “Blacksad: Under the Skin is set in New York City during the 1950s,[7] and takes place chronologically between Blacksad: Arctic Nation and Red Soul.[6][5] Its story begins when protagonist John Blacksad is approached by Sonia Dunn, daughter of a boxing club owner who has died suspiciously. She asks Blacksad to investigate the situation and locate the club’s star fighter, who has been missing since her father’s death.”

As Pendulo Studios details, the game has 30 unique characters, five of which are familiar as they come straight from the Blacksad comic series. And while I only met a small handful of them in my time playing, I find myself compelled to get to these characters more and eagerly await meeting the rest. A double-amputee old man goat (who happens to be blind, holds a relationship with reality I can only describe as estranged, and somehow manages to MacGyver garbage for personal organization) swallowed up a good chunk of my last moments of play time, between his use as a witness to the murderer’s escape (maybe?) and just fascination as a surprisingly realistic, dark parallel to a homeless war veteran. But beyond questioning odd bystanders and your usual free-roam search for clues, Under the Skin has two mechanics that I just HAVE to discuss…

Amidst positing with the aforementioned severely disabled goat, who asks why he is able to hear and see so well, John Blacksad replies, “Well, I’m a cat.”

In a rather unique and engaging twist of game design, our feline protagonist is able to identify details such as smaller visual clues, sounds, and even smells. While questioning the woman who found the body you’re introduced to in that cinematic intro, I was prompted to focus and look for a scent on her. “Smells like… cinnamon. Wait, and… hamburgers?”

While at first, it seemed obvious this character would wear some kind of perfume and smell of the diner food she serves at her second job, this presents a world of possibilities beyond your L.A. Noire look-at-the-thing clue hunt. This game dives even deeper into firsthand investigation with the unique ability to gather even the smallest details and make connections to make a realistic, interwoven story for what happened, where, with who, and why!

And make connections, he does. The other mechanic both Leo and I marveled at was Blacksad’s intuition. A little brain pops up whenever you’ve gotten information that fits together to form a theory or more detailed clue, essentially building upon every layer of the case at hand. All of this services the advertised “6 different endings” — meaning this game has so much content that one play-through wouldn’t even cover half of it!

Admittedly, when I first saw the $49.99 tag, I wondered if this comic-turned-game, which I was told is “about 20 hours long” by representatives, would warrant a near big-time industry price. Upon consideration, however, the replay value and sheer amount of detail on top of a fully-realized story from an internationally popular piece of entertainment all adds up to suggest the cost is worth it for fans of the series, and those of us who love a good detective drama! Everything you could ask for is put together with beautiful designs, interesting environments, impressive and fitting voice acting, and an awesome soundtrack. This game truly has it all.

Blacksad: Under The Skin is set to release next month for PC, Xbox, and PS4, with the Nintendo Switch version following in December. MSRP at the moment is set at $49.99. There will also be a collector’s edition complete with a beautiful little resin figure of the titular detective, plus an official art book. 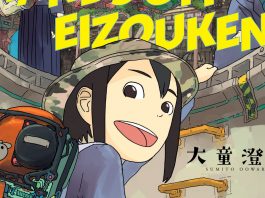 REVIEW: KEEP YOUR HANDS OFF EIZOUKEN! or you may catch theirs 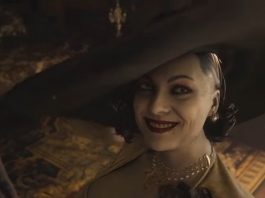 RESIDENT EVIL: VILLAGE looks to take more than a page from... 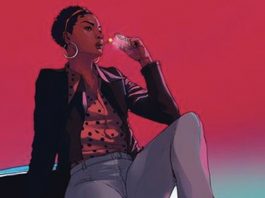 Review: In ABBOTT 1973, victory is only the beginning