Home Conventions Anime NYC ’22: The Highs and Lows of this year’s event 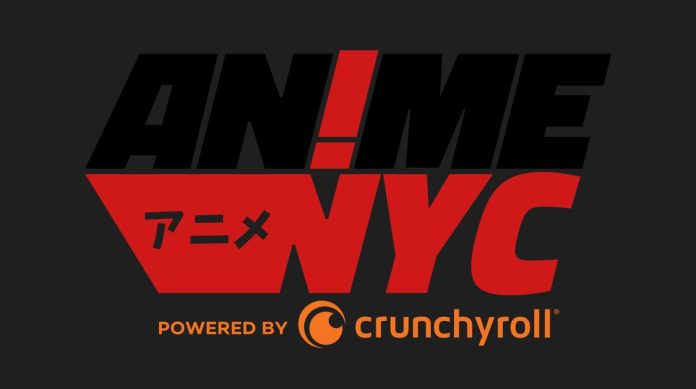 This year’s edition of Anime NYC marks only the second time I’ve visited the event, the 2019 edition being the first. I went to see Gundam creator Yoshiyuki Tomino then, an experience that felt very much like an important gathering of Anime geekdom. The Javits Center convention floor was colorful, vibrant, and featured a large amount of booths dedicated to cosplay items, anime model kits, and trading cards that appealed to fans whose favorite series and movies were represented in giant banners and countless cosplayers all over.

One thing I thought was seriously underrepresented in the 2019 show was manga and anime booths, places to acquire them. For an anime convention, I felt the number of booths dedicated to the medium were on the slimmer side of things. Fast forward to 2022, a whole pandemic later, and those same shortcomings are still accounted for, perhaps even worse so.

My approach to Anime NYC comes from a more casual connection to manga and anime. I’ve mostly focused on the horror side of things, most of which I’ve loved (thanks in large part to Junji Ito, Kazuo Umezu, and Go Nagai), and am growing ever more interested in expanding my reach within that culture.

Conventions like Anime NYC should be just the right place to nurture that growth. Unfortunately, I didn’t feel the booth offerings on the show floor helped in that department, nor did the controversial lottery system for highly anticipated events and panels help matters much. In general, it felt more like an event for established fans rather than something that something for everyone.

To be fair, not a single one of these conventions is perfect. These events are massive, too much so for their own good. From a supply and demand standpoint, there’s quite simply not enough space for everyone to do everything they want. Panels will be closed to the public after rooms fill up and con exclusive items will run out minutes after the doors open.

It’s in the nature of the beast: pop culture cons aren’t put together to satisfy everyone. They can’t. They favor the few that go the extra ten miles to get a chance at those elusive exclusives or panel seats. It’s part of the unwritten contract we agree to when we attend these things. You have to accept the condition of unequal access to be able to navigate them.

Below is a list of highs and lows to try and get at a fair take on this year’s Anime NYC, one which I hope continues to grow and become an even more important destination for anime and manga fans, vets and newcomers alike, in the convention circuit.

If ever an example is needed for a panel that both caters to veteran fans while possessing the energy to make new fans out of a curious audience, look no further than The Ultraman Connection panel. It was moderated by the producer of ultramanconnection.com Jeff Gómez and featured editor-in-chief EJ Couloucoundis, and writers Evangelia Artemis and Andrew Wong.

Despite a late start due to technical difficulties, the UC team managed to roll out a high-energy deep dive into all things Ultraman, from TV and comics to toys and special announcements. Their excitement for the Ultra universe was quite simply infectious. Personal stories of their first contact with Ultraman and how they became life-long fans were especially exciting to hear and they pointed to a very welcoming community that just wants to continue growing.

The team went on to reveal a new Avengers/Ultraman crossover coming later on that’ll not only please fans of all things Ultra but will also dispel worries Tsuburaya’s beloved license might end up becoming unrecognizably Disneyfied. Gómez informed the crowd that Tsuburaya (the company behind Ultraman) was given control of the narrative and whether or not it’ll become cannon in the Ultra universe. A lot of love was shown to Marvel’s Ultraman comic and its importance for fans was emphasized, as if to let those hesitant to jump into it know that the story is in good hands.

Perhaps the biggest announcement of the panel, revealed for the first time anywhere, was the news of the Tsuburaya Corporation partnering with Fathom Events to bring the critically-acclaimed Shin Ultraman to North American audiences. A trailer was shown and it was electrifying, especially considering its Japanese release met with great success.

They also made it a point to inform people that Ultraman is on YouTube and that people have years of content just waiting for them to jump into, including the newer material (which comes with English subtitles). The UC team wants to get the entire world on Ultraman. This panel was a resounding step towards that.

The online panel reservation process for guest of honor Hajime Isayama, the creator of Attack on Titan, was a mess. The registration program, put together in partnership with Growtix, broke down the day it went live due to overwhelming demand, all of which led to the show offering an apology and the decision to go with a lottery system that left many fans in the dust. According to staff members at the event, even the waitlist spots were handed out via lottery. I was among the group that missed out on Isayama because of it.

This was quite disappointing given Isayama was one of the main draws of the event. In fairness, and despite the controversy, the situation was a reminder of the unwritten convention agreement I spoke of earlier. Given the size and scope of the convention and the way it’s set up, there’s just no way to satisfy everyone who bought a badge. While this doesn’t do anything to soothe over disappointment among those who couldn’t get into the panel, I would suggest live streaming the talk as it happens in an additional room for those who missed out, or perhaps scheduling two separate panels for the same guest (if possible) to try and get more people in on the experience. None of this is easy, but it’s something to think about.

Also, press should have easier access to scheduled activities. The coverage we provide justifies the consideration and it could still be on a first come, first-serve basis. One Beat writer who was also in attendance did inform me that certain things could’ve been worked out with Kodansha, who sponsored the panel, to get in as press, but this was information that came through the grapevine. It wasn’t advertised as an option anywhere I looked. Better communication goes a long way here.

One thing that was definitely not lacking on the show floor were booths dedicated to anime figures and collectibles or booths dedicated to trading card games, something I felt NYCC 2022 didn’t feature as prominently. In keeping with the anime theme, starter deck packs and rare card vendors were easy to walk into and prices were generally fair. I’d been eyeing one of the Dragon Ball card games for a while and Anime NYC provided the necessary excuse for me to take the plunge.

Plush toys, anime character statues, and Gundam Wing model kits were also easy to find and vendors were smart enough to vary their offerings so that booths weren’t just mere copies of each other. It made exploration fun and necessary for those looking to find a specific piece or playing card. The variety on display was impressive.

This one hurt. For a convention that includes anime in its very name, the lack of anime vendors was deeply felt. The same goes for manga. Japanese store Kinokuniya was present and selling from a curated selection of titles, but other than them, there was a light J-novel booth, a vendor called Anime Bazaar, a few hentai/erotic manga booths, and less than a handful of other spots that had some manga or Blu-rays strewn about.

The 2019 show had a few more vendors than this one, but it wasn’t by much either. I find this to be a serious blind spot that needs attention. As it stands, I couldn’t recommend Anime NYC for people hoping to find out-of-print movies or books, or anything specific for that matter. In essence, the anime component of the event’s identity ultimately points to the cultural aspect of it. It’s definitely more about the cosplay and the communities that emanate from animated shows and stories rather than the raw materials that their built on.

Manga sales in particular are strong and having more of them in any show should lead to a steady flow of revenue throughout the entirety of the event. The comic book section at NYCC this year was noticeably smaller too. And yet, people gravitated towards them, showing that the interest is firmly there and that the intention to spend money on comics is strong.

The convention floor was pretty well organized when it came to keeping the big names from swallowing up the smaller vendors. Fans of prints and anime illustrations by individual independent artists had a whole section dedicated almost entirely to them and the area was busy.

The flip side of that is another thing I feel the convention can expand upon: a dedicated artist alley like the ones in the bigger conventions like NYCC and SDCC, with more manga artists and creators jumping over from their part of the world to make the exchange seem more international.

I can appreciate how difficult this can be if it means negotiating with the big companies to get their creators out to North America, but the impact of it would be massive. It’s well known by now that anime and manga fans overlap and are eager consumers of both mediums. Investing in bringing over more creators from the anime world would make an already bustling event soar even higher.

Did you go to Anime NYC? What did you think? Comment below! 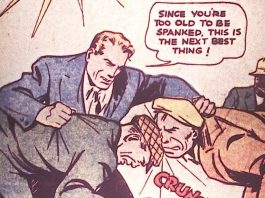 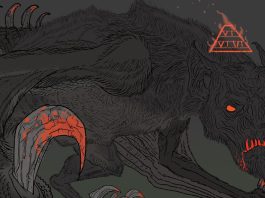 INTERVIEW: Ricardo Delgado on drawing malevolent monsters in The Art of...