By now it’s safe to assume that most ardent Young Justice: Outsiders fans watch new episodes within a day, if not within an hour, that they’re released on the DC Universe streaming platform. Nevertheless, if you’ve somehow avoided news regarding the latest episode “Quiet Conversations,” particularly concerning Aqualad, it seems only fitting to give a SPOILER warning.
.
.
.
.
.
.
.

LGBTQ representation has often been the “third rail” in animation aimed at children and YA audiences but over the last few years we’ve seen networks take significant steps in rectifying its past instances of queer-washing. After the critically-acclaimed Young Justice animated series was canceled on Cartoon Network, but before it found a second thanks to its incredible fan support, producers Greg Weisman and Brandon Vietti frequently told fans queer characters existed in the show when asked on social media.

There are already LGBT characters in #YoungJustice

Kaldur’ahm, the former protege of Aquaman known as Aqualad before taking his mentor’s mantle in Outsiders, was a new character created specifically for the show and eventually integrated into the comics under the name Jackson Hyde. Voiced by Khary Payton, Kaldur was largely unseen in the first half of the Outsiders season until most recently. The latest episode “Quiet Conversations” took a significant turn for Kaldur’s character when he shared an onscreen kiss with Wyynde (a somewhat obscure DC Comics character associated with Atlantis).

In previous seasons, Aqualad was shown to have romantic feelings for fellow Atlantean Tula and even kissed team member Rocket.

This season of Young Justice has seen greater queer representation than the previous two seasons when it aired on network television. Thus far new character Halo/Gabrielle Daou came out as non-binary and shared a kiss with Harper Row, who is bisexual.

Kaldur’s sexuality isn’t a complete surprise, particularly for comic readers familiar with his aforementioned DC Comics counterpart Jackson Hyde. Back in July 2016, a few months before the return of the Young Justice animated series was officially announced, after a notable absence in the pages of DC Comics, Jackson Hyde/Aqualad made an appearance in the DC Universe: Rebirth Special by Geoff Johns, where we learned that Aqualad has a boyfriend.

On Twitter, Weisman took time to address Kaldur’s sexuality and stated that it was always the intent long before his comics counterpart Jackson Hyde came out in the DC Rebirth one-shot issue.

If you're talking about Jackson Hyde, I believe that is true, but he's not our character, so you'd have to ask the folks at DC. But @BrandonVietti and @kharypayton and I have long known that Kaldur'ahm is bi or poly, if not pan. (1 of 2) https://t.co/TCK4iKuSIM

(2 o 2) To be clear, any indecisiveness about whether Kaldur is pansexual comes out of the fact that he's still writing his own "story." https://t.co/TCK4iKuSIM 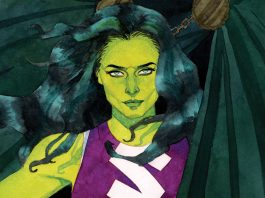 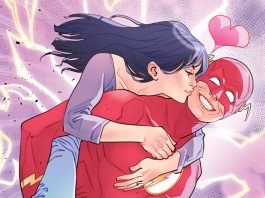 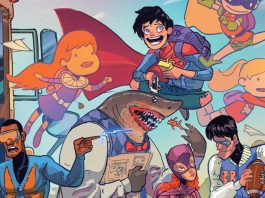 The SUPER-SONS and TINY TITANS return in DC’s SAVED BY THE...