Last week, NPR, of all places, made a big whoop-t over Supergirl finally deciding to stop flashing everyone — apparently the decision came by editorial fiat:

The man in question: DC Comics editor Matt Idelson. The pronouncement he issued was just eight words long, but such is its paradigm-shattering power that it will surely stand one day in the annals of comic book history, alongside “With great power comes great responsibility,” “Truth, Justice and the American Way,” and “Shazam!”

A profile in courage, indeed. The story was drawn from a Newsarama story covering the be-pantsing, which quoted artist Jamal Igle:

Idleson’s suggestions about making Supergirl’s costume a little more presentable was reinforced by a critic that Igle could not ignore. “I showed one of those older issues to my mom, and she said, ‘She looks like a hooker.’ That’s the exact opposite of what you should be doing. In my head, because Kara is Clark’s cousin, she’s a member of the Superman Family. She wears the ‘S’. That’s supposed to stand for something.”

Frankly, we’re all for a bit more modesty on Supergirl’s part, and glad that the biking shorts option was chosen rather than choosing, say, a Skort.

There is a third option, which we’re surprised wasn’t chosen, though. Artists could just stop drawing Supergirl’s panties. Or stop drawing her looking like a hooker. Because, it CAN be done. 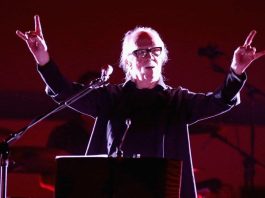 SILBER BULLETS: They Live… for the music of John Carpenter 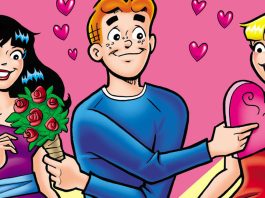 The BETTY & VERONICA JUMBO DIGEST hits a milestone in the... 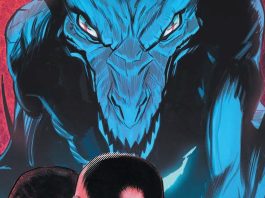 PREVIEW: It’s back to the drawing board in CAMPISI: THE DRAGON...