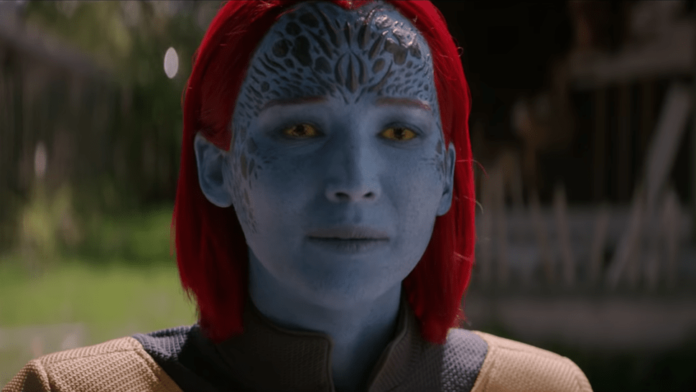 You’re always sorry. And there’s always a speech. But no one cares.
When Magneto spits these words at Professor Xavier somewhere around Dark Phoenix’s midway point, I felt like I’d reached an understanding with the film. Could you possibly get a better summary of Dark Phoenix and the state of the Fox X-Men film franchise as a whole than this?
Because I’d argue the best and worst thing about Dark Phoenix is just that: nobody cares anymore. Sometimes that’s freeing and interesting, other times it’s sloppy and confusing. There are all kinds of things happening in this movie, often all at once and with seemingly very little coordination, and the net result is not that of a clear picture but instead a jumbled pile of unrelated puzzle pieces. Some of the pieces are completely blank, others meaningless, a few are even beautiful. And while it’s fascinating to look at each piece, it’s almost impossible to see how they could fit together to form any sort of meaningful picture.
Make no mistake: this isn’t a good movie. It doesn’t have a particularly logical story, and the nameless, faceless villains don’t have a motive or reason to exist, probably because the entire third act of the film was scrapped and later re-shot. If I try to explain the movie as a solid, cohesive plot, it’s something like: Jean Grey absorbs mysterious Celestial energy and goes berserk, various X-Men try to kill her or save her, she’s working out emotional baggage from memory loss induced by Professor X, and some shape-shifting aliens want to suck the Celestial energy out of her for unknown reasons.
It’s a poorly plotted and thin story at best, and it borders on nonsensical from the get-go. On a plot level, there are some infuriating and even offensive decisions. On a writing level, I cringed countless times (you’ve probably seen the “we should be called X-Women!” clip going around, as an example). On a visual level, the shots rarely deviate from one talking head to another talking head (I wondered to myself whether specific actors even shot scenes together), and the sets look like low-budget television fodder.
Mystique’s makeup is a good example of everything that’s wrong here: instead of full-body paint and elaborate effects from previous films, we get a strange sort of face paint and scary clown wig thing happening. I’m not sure if Jennifer Lawrence said to someone: “look, you’ve got 30 minutes in the makeup-chair each morning to get this done and that’s it,” or if this is a budget issue, or what, but it’s symptomatic of the proceedings in general.
That said, staring at some of these puzzle pieces is, indeed, fascinating.
The most entertaining part of the experience is seeing the massively varying levels of effort that everyone brings to the scenes. Instead of director Simon Kinberg pulling the performances through a single vision, we get a pretty clear view of every actor bringing exactly as much or little to the role as they want, like an office potluck. Some bring elaborate entrees, like homemade lasagna, others bring tacky desserts, like multi-layered Jello concoctions, and still others show up with disposable forks.
You’ve got actors like Lawrence and Tye Sheridan on the disposable fork end of the spectrum, reading their lines as quickly and shruggingly as possible, with an energy level hovering around 0. These are typically good performers, which is what’s so strange about the work they do here, but there’s no mistaking the quick, transactional, let’s-just-get-this-done vibe of their scenes. They stand side-by-side in stark contrast with actors bringing a little too much to the table, like that tacky Jello mold dessert from Judy in accounting. This includes Michael Fassbender as Magneto, who continues to dramatically vibrate his entire body in a way that makes him look like he’s being electrocuted every time he moves something heavy, and arguably James McAvoy, who puts just as much earnest, focused effort into his performance as Professor X as he did into the doomed Glass. In between you’ve got lots of good actors doing their best and giving more measured performances, including Sophie Turner’s Jean Grey, Nicholas Hoult as Beast, Alexandra Shipp as Storm, and Kodi Smit-McPhee as Nightcrawler. Everyone’s doing their own thing here, and the seams have never been more visible.
Professor X (McAvoy) is probably the most interesting of these pieces to examine, because to Kinberg’s credit, the film tries to do something unusual with this character. His desire to prove his heroism to the world becomes an ego-fueled power trip. He even has a direct line to the president, a perk he relishes like a fan being given backstage passes to a VIP concert. This flaw is ultimately what leads to Dark Phoenix’s origin, and when things go awry, he spends a good deal of the movie drinking heavily and telling himself he did the right thing. Unfortunately, this is nonsensically fizzled away towards the back half of the movie when he abruptly slips right back into the role of loving fatherly figure.
I don’t think many audience-goers have high hopes for Dark Phoenix, and it’s a shame that this iteration of the franchise didn’t get a better send-off. It almost feels mean-spirited to denigrate the movie, which is strange for me, because I’m not a particularly ride-or-die X-Men fan and I’ve got no problem saying when I dislike a movie, particularly one so lacking in competence as this. I guess it’s because if a movie is going to be bad, this is the kind of bad you want – some people are having fun, others not so much, but there’s always something interesting or funny happening on screen, whether intentional or not. Like the guy who fights with his hair. 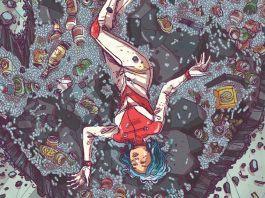 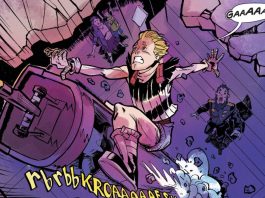