During New York Comic Con, comiXology released an infographic with some of the funnier details from their recent user survey. While the exact numbers and results weren’t released, some nuggets slipped out about who exactly their digital comic customer is.

A new customer is emerging: She’s 17-26 years old, college-educated, lives in the suburbs, and is new to comics. She prefers Tumblr to Reddit. She may have never even picked up a print comic.

Along with the above which was reported by TechHive, it was also reported that comiXology’s female readership has increased from 5% a year ago. Geek Mom who was at the presentation reported:

Of buyers new to ComiXology in the last three months, 20% are women. That’s up from less than 5% when they started the app, and it’s a number that Steinberger says is changing rapidly.

With that little information above, we can assume that their customer is somewhere more than 5% and less than 20%. So, do the numbers from Facebook back that up? The answer is, yeah, pretty much.

What I found was interesting. Yes, the results were in the percentage(s) I was expecting for women, but there was vast differences when it came to the results within the United States and those worldwide (for that I’m limited to 25 countries).

Out of the 88,000 likes in the United states, women accounted for 9.55%. Out of the 340,000 likes globally, they account for 19.41%. That’s a BIG difference between the two! But it also falls in line with the little the data comiXology did release in their presentation. 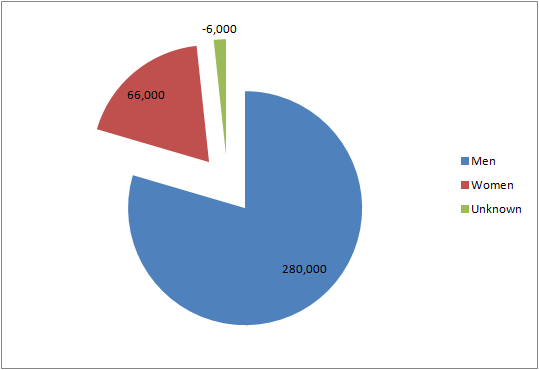 Comixology has also said that men between the age of 27 and 36 is the majority of their fans. My breakdown of age isn’t exactly the same, but you can see how our stats line up with the limited data released. We unfortunately can’t break it down even further by recent fans. 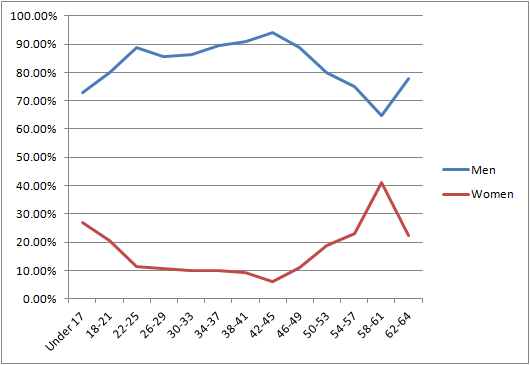 Overall though, I think this shows similar results from their survey and gives us an idea in how the Facebook demographics line-up with real world statistics. You can check out even more of the data pulled over at Graphic Policy.

Jane Foster rides again with THE MIGHTY VALKYRIES this April

Get ‘em while they’re hot: baked GETTING IT TOGETHER variants!

New Midnight Society gathers in ARE YOU AFRAID OF THE DARK?:...

FANDOM FLAMES #2: Back in time with nostalgic fandom