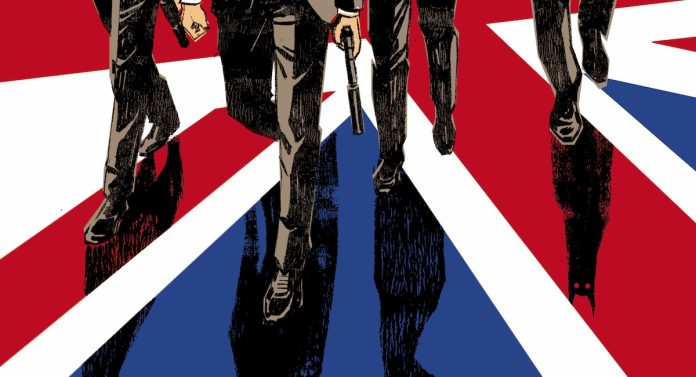 AfterShock Comics has announced Dogs of London, a new supernatural crime series from writer Peter Milligan, artist Artecida, color artist Valentina Bianconi, and letterer Rob Steen. The series follows a pair of aging members of the old London mob whose past comes back to haunt them quite literally. The first issue of the series features a main cover by Andy Clarke & Jose Villarrubia, and an incentive variant cover by Dave Johnson.

How deep must you bury a body to make sure it doesn’t haunt you?

Frank and Terry are about to find out. They were once members of The Dogs, a feared gang who ruled much of London’s underworld back in the swinging 60s. They thought they’d escaped their troubled pasts, but the past isn’t dead – it’s just bashed about a bit and very pissed off. Spanning different times and classes, DOGS OF LONDON is a brutal, bloody tale of violence, love, revenge…and sleeping dogs who refuse to roll over and play dead.

Dogs of London is the latest AfterShock Comics series for writer Peter Milligan, whose previous titles for the publisher include Out of Body and God of Tremors. It’s also the first major comics work from Brazilian artist Artecida, and their first pairing with colorist Valentina Bianconi, who previously worked on Seven Swords for AfterShock.

In a statement announcing the new series, Milligan described how Dogs of London brings him somewhat full circle when it comes to his U.S. comics work:

“My first series in America was SKREEMER, a story that used a weird gangster tale to explore a kind of American experience – so I’m really excited to be telling, now, a very different kind of gangster story, one that explores a very British experience but also dramatizes universal themes of love, revenge, violence, and fate.  And dog-bites.  Sorry, did I say dog-bites?”

Check out a quarter of unlettered preview pages from the first issue, as well as Johnson’s incentive variant cover, below. Dogs of London is set to arrive in stores and digitally on Wednesday, May 4th. 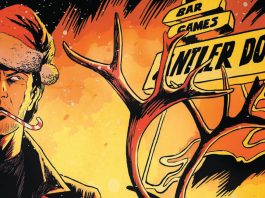 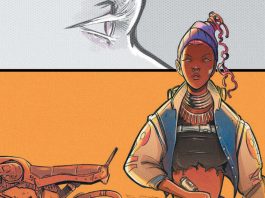 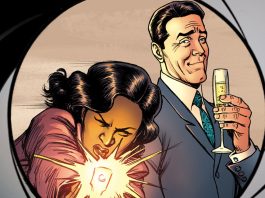