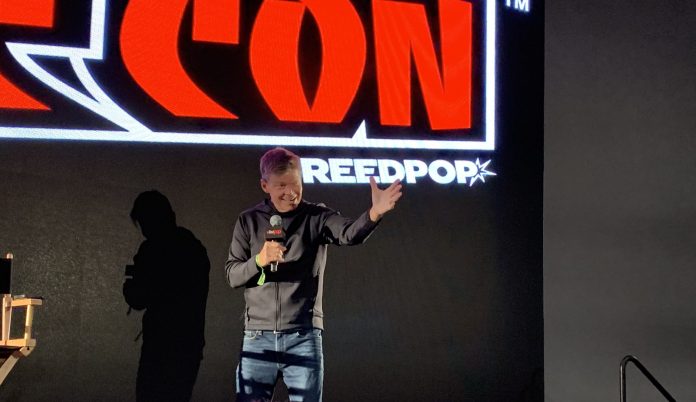 Rob Liefeld hit the stage of his Deadpool and X-Force 30th Anniversary panel with the fire and energy you’d expect from someone 30 years his junior. After fiddling with the record button on his iPhone, he went into a one-man show retrospective on his career in comics. “My life is an inspiration because I should never have achieved the wife that I have, the children that I have, the career that I have or the life that I have.”

Liefeld was quick to say that his decades of success can all be traced back to Cable’s success right out of the gate after the publication of New Mutants #87. “If Cable didn’t work, then none of it worked.” He credited his success to Marvel going along with his ideas. “Marvel just kept saying “Sure, why not? Sure, why not?” Rob explained.

He broke into the industry thanks to Mark Gruenwald. At WonderCon 1987, Rob was getting rejected left and right by publisher after publisher, none of whom would even look at his page samples. Dick Giordano was the first person at the convention willing to give his pages a look, and said he’d take them back to DC with him, but didn’t promise anything. But Gruenwald, after looking through his pages, rose from his seat, extended his hand, and said “Welcome to Marvel Comics!”

When he got the phone call from Bob Harras after he worked on Hawk and Dove at DC, Liefeld thought he was getting pranked. He didn’t believe it was actually him until Harras told him to call him back, the receptionist will answer “Marvel Comics.” He did, the receptionist did, and Harras offered him X-Factor because Walt Simonson was leaving the book. Rob described his predecessor as “Walt Simonson, a god of comics books.” Harras asked, “Would you like to follow him?” Liefeld replied, “No.” He didn’t want to follow a legend. “Bob Harras tried to lure me in with the crack cocaine of royalties,” but Rob kept declining the offer until Harras offered him New Mutants instead.

“New Mutants needs a cool leader. I got this guy Cable.” Bob Harras wasn’t crazy about the name Cable, but Rob wouldn’t give Marvel the character if they changed his name. Harras caved on the name change idea. “They let me introduce Cable, and the book starts soaring,” said Liefeld.

Liefeld claimed that Deadpool was in the early issues of X-Force because the fans clamored for it after New Mutants #98. He rejected the notion that Deadpool only gained popularity after his tenure on the character was over. He pointed to an interview in Marvel Age in advance of X-Force #1’s publication, where he said that Deadpool would be back in X-Force #7. But according to Liefeld, Bob Harras called him right after he sent off the pages of X-Force #2, asking him to redraw the issue and include Deadpool. He did, moving up Deadpool’s second appearance by 5 issues.

A fan asked what led Rob Liefeld to create Deadpool, and Liefeld pointed him to his Robservations podcast. “I did a 5-part on creating Deadpool on it, you should listen to it.” But he didn’t leave the fan hanging, following up with, “But I really just wanted to draw Spider-Man. He’s Spider-Man with guns and swords.”

“The internet tells me that I suck, but I don’t suck.” – Rob Liefeld

Rob had little to say for his detractors online, other than that he’s quick to mute and block them.

Unlike many of his peers these days, Rob draws exclusively on paper. “I can’t draw digitally. I can barely press the record button [on my iPhone]. I am old school. I have reams of paper.” In 1995, when his studio was in full bloom, he told a paper company, ‘I’ll take 30,000 sheets.” The studio is gone but he still has the paper. “My grandkids will still be drawing on those sheets.”

When a fan asked for details about Deadpool 3, Rob sarcastically answered a sniper would shoot him if he said anything about the movie. “I’d love to tell you about it, but I value my life.”

Rob gave advice to people trying to break into the industry. He said that social media wasn’t around when he was breaking in, and that it’s a very valuable tool to anyone breaking in now. He said that if someone had talent, then investing in promoted posts is a good tool. “Market yourself! And if you have talent, it should be easy!”

Rob Liefeld claims that Deadpool’s design came out of friendly competition with Todd McFarlane, who used to taunt Liefeld about having to draw so many his characters in New Mutants “with eyes, and hair and teeth,” while Todd only had to draw “two giant bloops for eyes” on Spider-Man. So Rob designed Deadpool as an even simpler Spider-Man, “two big bloops for eyes, but no webs!”

When asked about what inspired Deadpool’s personality, Liefeld responded “I’m an asshole, and I got to write an asshole.”

Miss any of our other NYCC ’21 coverage? Click here to check it out! 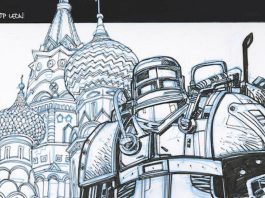 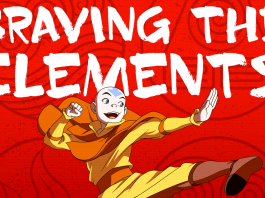 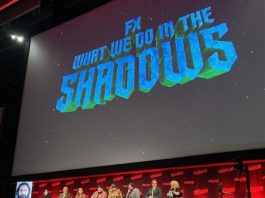