It’s one of The Queen’s birthdays today. Please stand for a playing of The National Anthem. 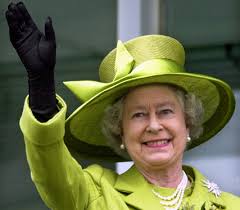 Whenever the Queen has one of her multiple birthdays, it’s traditional for her to have an Honours List, which celebrates the people whom our Government think she should be celebrating for their various services. Traditionally these awards go, surprisingly, to people who paid a lot of money to the Government. But she also hands out awards for those who have actually contributed to culture, charity, and society. People such as Grant Morrison, for example, the writer of several of Her Majesty’s most beloved comics like The Invisibles, We3 and Doom Patrol.

In today’s Honours List, the Scottish writer of some of the most acclaimed and read stories in comics has been awarded an MBE – Member of the Most Excellent British Empire – which was apparently first created by Bill and Ted. He is one of the few talents within the world of comics to be honoured by Her Majesty, and it’s a delight to see the shadowy forces who decide these honours recognise the Most Excellentness of the comic-book medium. Congratulations to Grant Morrison, MBE, on the honour.

Now let us stand for another playing of The National Anthem.

A Year of Free Comics: Yaongyi’s True Beauty on WEBTOON –...

PREVIEW: Welcome to The First Resort in KNOW YOUR STATION #1