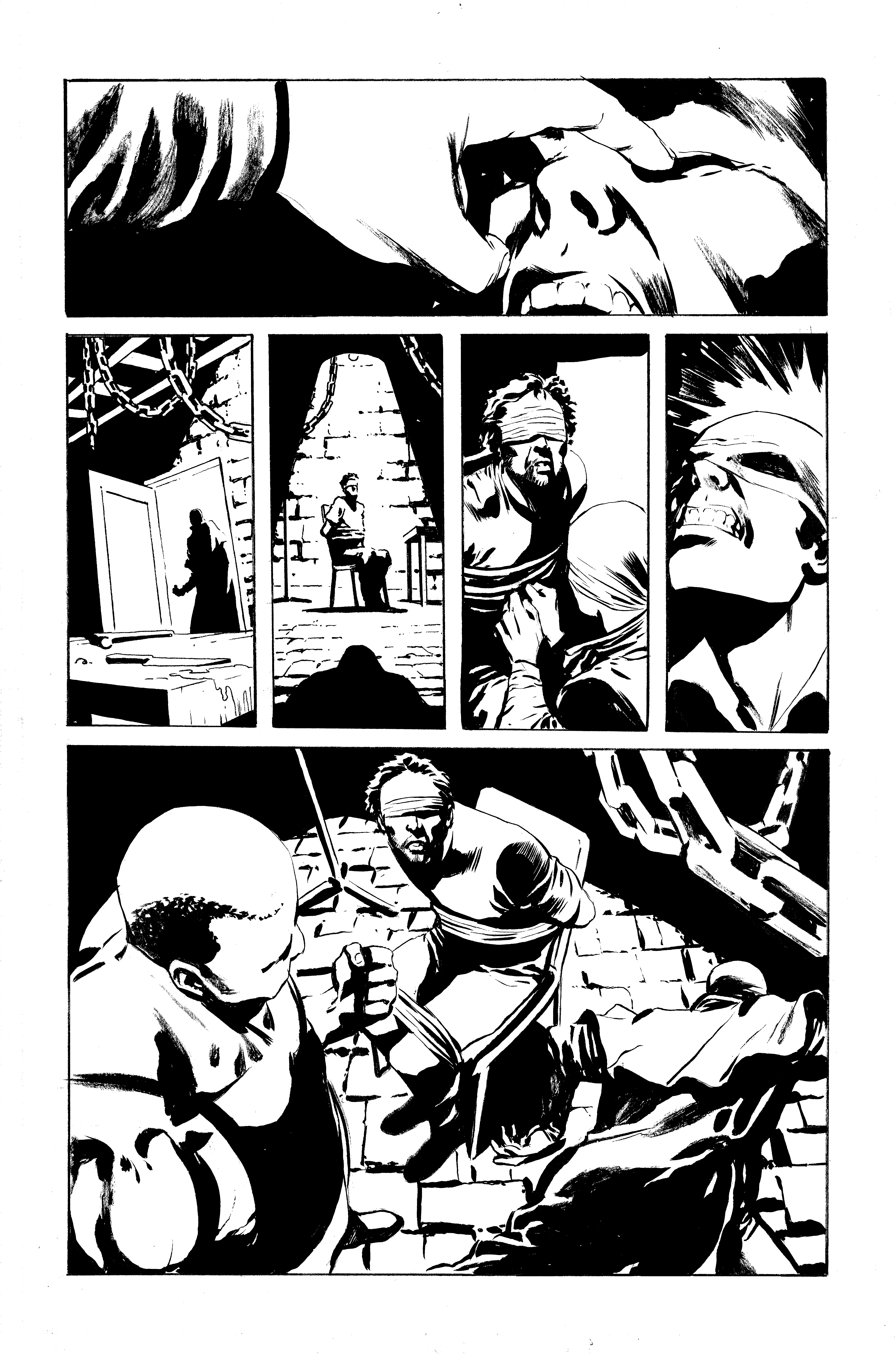 The Black Bat was one of the early character pulps from the 1930s, along with The Shadow and The Spider.  Like those last 2 pulps, The Black Bat is getting a comics revival over at Dynamite.  Brian Buccellato (co-writer on The Flash) is writing it. Roman Cliquet, who recently drew The Shadow Special #1 for Dynamite is the artist.

In the original Pulp, the Black Bat is a former District Attorney is blinded by acid, only to have his sight restored by a secret operation which also gains him the ability to see in the dark.  Yes, you’ve got a little bit of Two-Face and Daredevil in the original set-up, besides Batman.

In the Dynamite revival, the Black Bat is a mob attorney who gets on this clients’ bad side and ends up blinded.

Official PR follows, and then some art.

BRIAN BUCCELLATO JOINED BY RONAN CLIQUET FOR MAY LAUNCH!

Black Bat brings back a classic pulp hero from the 1930s, a seminal character that inspired several well-known comic icons.  Now, Tony Quinn is a brash defense attorney for the mob, one who compromises his ethics for financial gain.  However, when he refuses to cross the line and commit murder, he is tortured and blinded by his gangster employers. But then, a fortuitous meeting with a covert agency gives him a chance to make amends, and Tony dons the dark mantle of the Black Bat in his redemptive quest to right the wrongs of his past.

Brian Buccellato, whose work on the DC speedster title Flash has gained rave reviews from fans and critics alike, was announced at New York Comic-con 2012 as the writer steering the Black Bat revival.  The red-hot writer eagerly shared his excitement about Black Bat‘s atmospheric setting, and the creative opportunities he’ll explore there.  “Anyone familiar with my self-published work, Foster, knows that I enjoy exploring dark worlds, flawed characters, and redemption. Black Bat covers some of that ground.  At the same time, it’s still a superhero book and isn’t a departure from my work on Flash.  Tonally, I’d like to think it merges the gap between those two worlds.”

Joe Rybandt, Senior Editor of Dynamite Entertainment, lauded the selection of Buccellato as the writer on the new series.  “Brian was with us when we first started publishing Red Sonja and has been an accomplished writer in his own right.  It’s nice to have him back in that capacity writing Black Bat!”

“My personal relationship with Brian goes back many years, and he’s one of the most gifted creators in comics.  In the New 52, his writing with Francis Manapul on The Flash is one of my personal favorite series, and the stories only get better.   Not only is he a phenomenal writer, as well as an artist and colorist, he pushes himself with new projects outside of comics.  I can’t express enough how proud we are to have Brian writing theBlack Bat.  In May, fans will know what we already know, it’s going to be one of the best new super hero books of the summer!” states Dynamite CEO/Publisher Nick Barrucci.

With the current news that Roman Cliquet is joining the creative staff of Black Bat, the enthusiasm is clearly infectious.  Buccellato responded to the artist’s selection, saying, “I couldn’t be more excited to have Ronan Cliquet on board.  He is bringing a gritty, almost noir inked style that is perfect for the tone of this street-level superhero book.”

Furthermore, the highly regarded team of cover artists for Black Bat – including Campbell, Benitez, Syaf, Tan, and Subscription Only Variant” artist Marcos Martin – will ensure that the pulp hero’s new design (as conceived of by Buccellato himself) will best represent the pulp hero’s entry into the modern age of comics.  “We finally have the perfect interior artist, five amazing cover artists, and a firm release date for the first issue,” says Buccellato.  “It’s all coming together!  This book has been a year in the making, so it’s an incredible thrill to see it come to life as the covers and art start to come in.”

The Never-Ending Battle: ACTION COMICS #690 and SUPERMAN: THE MAN OF...